Today I would like to talk about the art of navigating the sidelines, prowling the gymnasiums and riding the fences as a sports photographer. There is a craft involved, whether you are a professional sports photographer or the parent of a young athlete with a camera hanging around your neck. Not only are there rules to be followed but there is a subtle sports etiquette that every photographer should have in the back of their mind before stepping beyond the stands to snap an action photo. 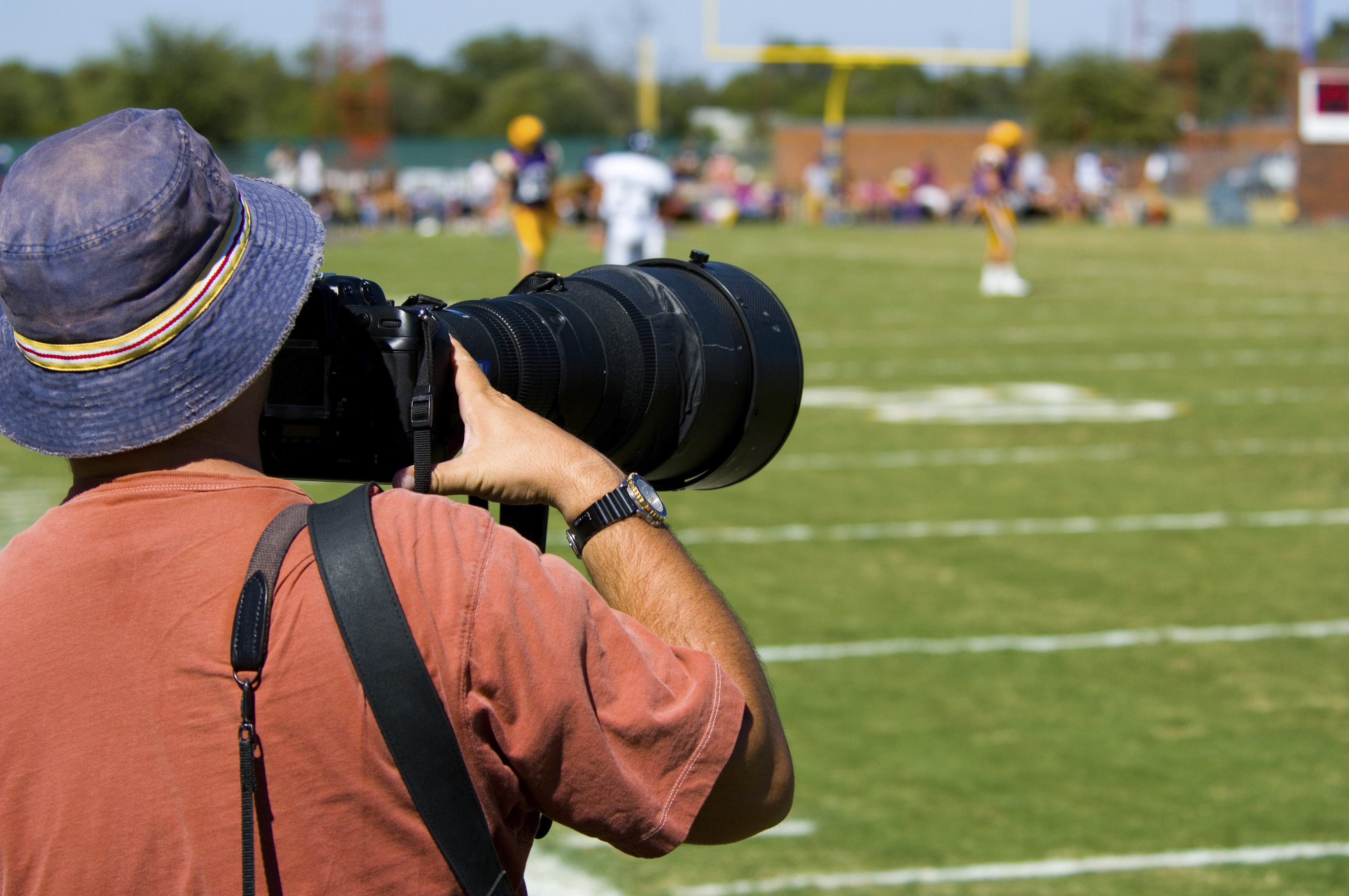 As soon as you break away from the fans sitting in the bleachers and come down closer to the action, you are silently agreeing with the officials that you know how to handle yourself. The umpires, referees and game officials take note immediately and will usually cut you some slack unless you inadvertently interfere with the game or become a distraction. I will use a few different sports to help illustrate some of the different scenarios you might encounter.

Baseball – Depending on the age bracket you are photographing, sometimes you are allowed to actually step out within the field of play. Not on the actual field but in the out of bounds area; umpires are now nervous that you will become a hindrance or will get hurt. A hard hit ball, a pop up in foul territory or an overthrown ball can happen with every play. Your job is to stay out of harm’s way, not become a distraction but still get your photos.

What if you are simply shooting from behind the backstop or the fences? You still need to limit any distracting movement, especially if you are shooting from directly behind the catcher and backstop. You also need to be aware of the fans sitting behind you. No one wants to have their angle blocked.

Basketball – Sitting on the baseline to shoot basketball has many of the same elements of limiting your distractions. Waving your arms about during a free throw will get you kicked out quickly! Another element I would like to introduce is your interaction with your fellow photographers. At a high school, college or professional game, you are sitting side by side with other photographers. Be aware of your movements and try to take up as little space as possible. Real estate is limited and you want to minimize your footprint. Also be conscious of how much you chat with your photographer neighbor. Taking action photos requires some focus (pun intended). Grante,d if you are a parent you are not being all that intense, but it is still something to consider. There is nothing worse than chatting with your photographer buddy as his child scores the winning basket and he misses the shot. Gulp! 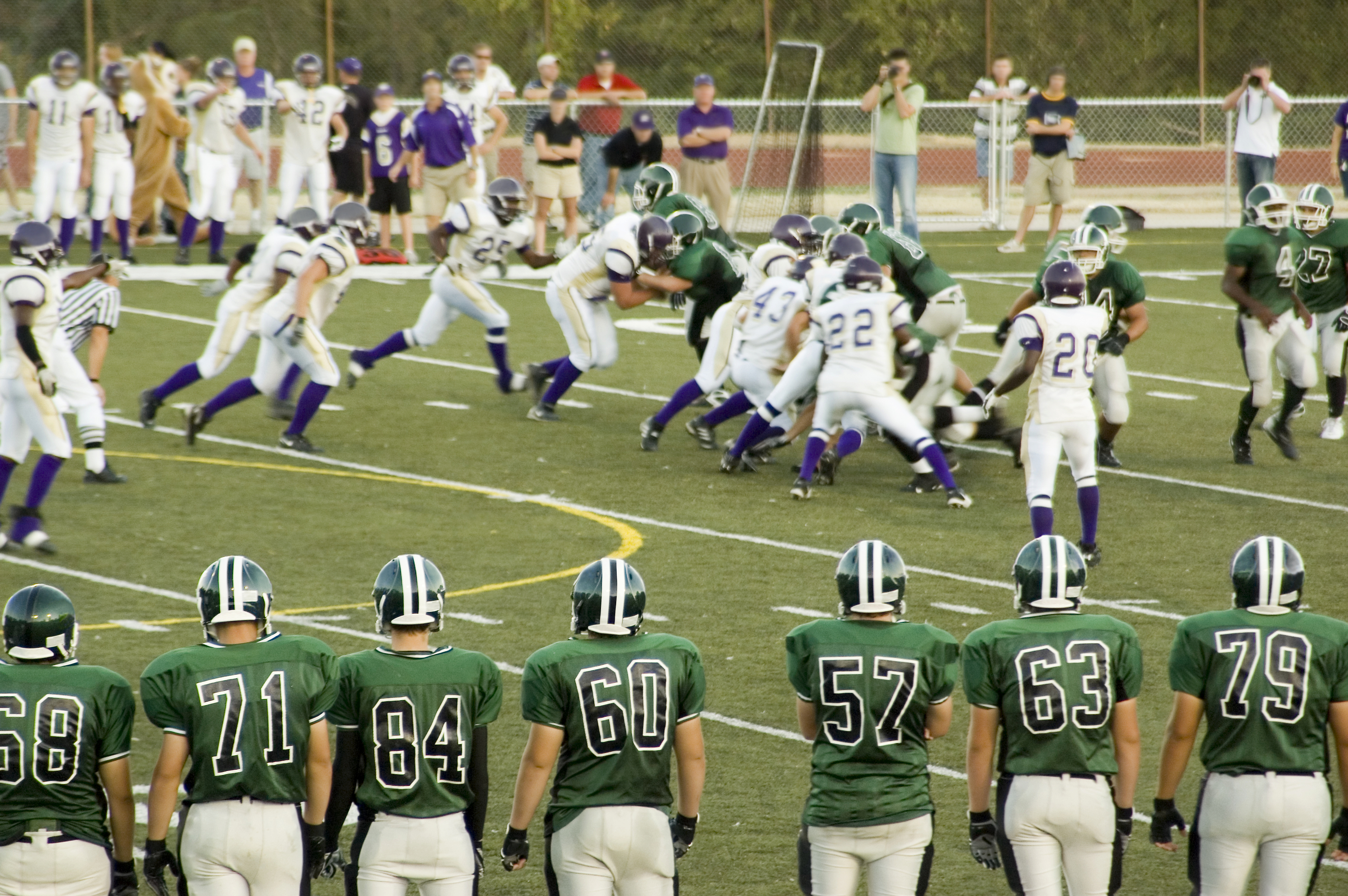 Football – Treat everyone you meet on the sidelines with respect and kindness. Not only is it a great way to live your life but it might just work to your favor if push comes to shove. I have made it a habit to become fast friends with the security officers immediately. Haha..I am exaggerating. However, I once witnessed a fellow photographer talking trash to a school administrator who was trying to explain the school rules for photographer access. As the game progressed and the sidelines became more crowded and the game more intense, I saw that same photographer booted from the game for arguing with this same administrator who turned out to be the Athletic Director. Lesson learned. You never know who you are talking to. Better to overlook a minor slight than make a fuss and become a problem. That problem will follow you to the next time you want to shoot at that same location. Be kind. It’s a small world!

Golf – This sport brings the subject of distraction to a whole new level. There are times when you are actually not allowed to snap a photo as the sound of the shutter will elicit a lovely string of expletives from the golfer and get you kicked off the course. Sight lines are also an issue. You want to blend in and not stand out yet still get dynamic photos. One of the toughest sports I have ever photographed believe it or not.

To summarize, you want to find a balance between getting close enough to the action to capture the game without becoming a distraction. You want to be kind to everyone you meet. Treat your fellow photographers with respect and never, never argue with the Athletic Director..haha…Have a blast!