Boulder, CO (February 18, 2021) - TeamSnap announced they have been named one of the 250 fastest growing Saas companies on the Latka 250 Fastest Growing SaaS Company List, which is curated by bestselling author and tech podcast host Nathan Latka (getlatke.com). Each year, Latka compares thousands of different software companies around the world to build these rankings. TeamSnap was selected in the top 250 from over 5,000 different software companies Latka analyzed.

Since 2009 TeamSnap has helped thousands of coaches and sports organization admins take the work out of play with their industry-leading platform. Today TeamSnap has over 24 million customers.

Despite the challenges of the pandemic, TeamSnap strengthened its commitment to its customers, helping them manage their communications and finances during trying times. TeamSnap played an integral role in helping customers shape their return to play through consultative customer engagements, publishing an interactive Return to Sports heat map, conducting webinars aimed at helping sports organizations weather the crisis, and sharing news and other information relevant to youth sports. As a response to a growing need for health screenings, TeamSnap launched Health Check, which has been used for almost 10 millions screens already.

“We are delighted to be included in this list and proud to have built such an easy-to-use platform that is so ingrained in the day-to-day lives of millions of athletes, their families and friends, and the teams and sports organizations to which they belong,” said Dave DuPont, Founder and CEO at TeamSnap. “This past year has been challenging for many in the sports ecosystem, but it has also highlighted the importance of youth sports, athletics and communities as a whole and I’m proud that TeamSnap could help organizations continue to foster their communities and remain connected, even when we could not be together on the field.”

Founded in 2009 and headquartered in Boulder, Colo., TeamSnap has taken the organization of youth, recreational and competitive sports into the 21st century. 24 million coaches, administrators, players and parents use TeamSnap’s web and smartphone apps to register, collect payments, schedule, communicate and coordinate everything for teams, clubs and leagues for the season. TeamSnap makes organizing sports as simple as click, tap and go. For more information, please visit www.teamsnap.com

Nathan Latka sold his SaaS company in 2015 before launching his SaaS CEO Podcast and database at GetLatka.com. Each year he gets revenue figures from SaaS CEO’s and confirms the revenue via email with the CEO. The rankings take December 2019 monthly recurring revenue annualized (multiply by 12) and compare to revenue 1 month ago (December 2020). You can see a digital version of the top 250 SaaS companies here and find the deeper story on our growth in the March issue of Latka Magazine. 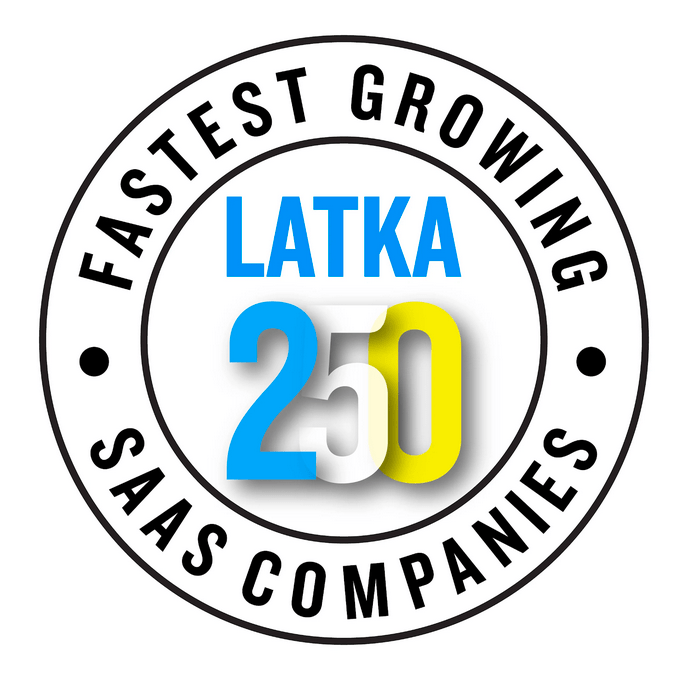