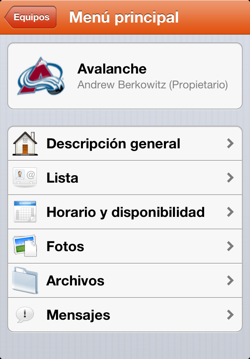 We’ve just rolled out version 2.0.6 of our iPhone app, and the big news is that it’s now available in Spanish. If your phone is set to Spanish you should see TeamSnap en Español!

Eventually we hope to make TeamSnap available in many languages, on mobile or on the web, but we started with the iPhone because it’s a particularly easy way to test internationalizing the app for our users. Once we gather usage statistics and feedback from customers on how you like the Spanish version of TeamSnap for iOS we’ll figure out our next steps towardmaking TeamSnap speak more languages (we’re already in almost 200 countries).

If you don’t speak Spanish, fear not, this new release has a lot of other goodies for everyone:

Stay tuned, because we have many more exciting things coming on mobile, including iPad-native support in just a few weeks. As always, let us know how we’re doing in the comments!