How Parents and Coaches Can Become Better Teammates

Coaches have to put up with a lot. Whether it’s resentment over lack of playing time, dissatisfaction about how game situations are handled, or just general griping about the way the team performs, coaches never have it easy. And where do many of these complaints come from?

You guessed it. Parents.

We polled close to 300 TeamSnap coaches, asking them questions about how much time and money they spend on coaching. In short, they spend a lot of both. See a full summary below.

But we expected that. Everyone knows that invested coaches work very hard for their players, and that’s why we love them (consider nominating yours for a national award!). Here’s the part that really surprised us: when asked what the biggest challenge in coaching is, almost all of our coaches listed the same thing. And what might that be?

You guessed it. Again. Parents!

Obviously, things need to change. Many parents seem to view their young athletes’ coaches as roadblocks rather than teachers and mentors. I mean, just look at some of the survey responses we got to “What’s your biggest challenge as a coach?”

“Dealing with the parents…”

“Parents and their varied expectations for the team and their lack of understanding of what a coach does or how the game is actually played.” 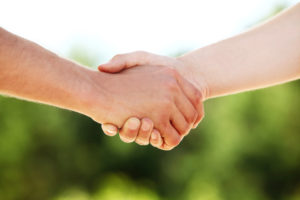 What parents can do

For starters, parents must learn to trust their young athletes’ coaches. It’s easy to get into an adversarial mindset, to label the coach as the villain because little Suzie or little Johnny didn’t get the start. However, the vast majority of coaches act in the best interest of their players. Youth sports are about improvement and fun at their very best, which means playing time isn’t everything. If only one kid plays point guard for the whole game, for instance, another kid won’t get to play at all. And how fun is that?

If you’re a parent, here’s a little exercise you can try: ask to meet your young athlete’s coach outside an athletic setting. You don’t have to talk about your kid or the team or even sports, at least not at first. See what the coach is like when he or she isn’t coaching. You might be pleasantly surprised. You might get a whole different perspective on those decisions that used to upset you. If you can disassociate the person from the job, you might find a person you really like and admire.

What coaches can do

As the old saying goes, there are two sides to every story. Unfortunately, for a lot of coaches, it’s often a lot of different sides (all the parents) versus their side (just the coach).

Can parents be a little overwhelming sometimes? Sure. But as the coach, you have the say. In fact, without you, it would be pretty tough to have a team. So don’t be afraid to set ground rules with parents. Let them know that you want to make a positive experience for everyone, but that you can’t do your job when you’re getting bombarded with criticism. I mean, who could?

Why are we all here, anyway? 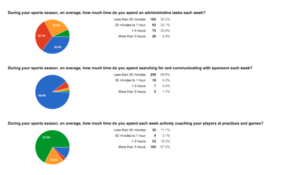