Say Goodbye to the Clipboard!

Summer is winding down and many kids are already back to school—and back to fall sports—especially soccer. Some estimates state that nearly 14 million children under the age of 18 across the United States participate or play soccer today. That’s a lot of kids! And a lot of soccer coaches, some with more experience than others. Maybe you are one of those coaches and you’re wondering how you’re going to manage practices and games this season.

Well, a new crop of mobile apps is gaining momentum to help soccer coaches like you manage drills and games in practices and create game lineups and strategies. Used in conjunction with TeamSnap, which now has more than 50 percent of its users on mobile platforms, these coaching apps can help you say goodbye to the clipboard!

The following is a short compilation of mobile soccer coaching apps (in alphabetical order) that I found online. While I wasn’t able to actually use any of them, most of them have online descriptions and screen shots so you can determine which one is right for you. 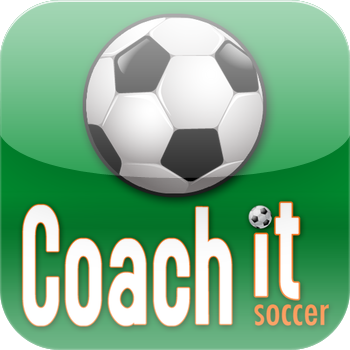 Built exclusively for the Apple iPad, Coach it Soccer ($9.99) helps you manage your teams, line-ups, formations, positions, and substitutions. You can keep track of playing time and bench time for each player, and the app will let you know if you’ve exceed pre-defined times to keep playing time equal for rec players. Position changes and substitutions can be made with a simple drag-and-drop action. The app also keeps track of statistics, including goals, shots on goal, saves, assists, and PK, so you can see how each player—and the overall team—is doing. There’s even a YouTube video that gives you a tutorial. Coaching Wizard, priced at $4.99 and available for the iPhone, iPad, and iPod Touch, lets you track player and team statistics, manage playing time, organize substitutions during a game, and save and share game results for multiple teams. The app lets you track individual player stats, such as goals, shots, assists, saves, and cards. For teams, you can track goals for and against, free kicks, corner kicks, and offside calls. All statistics can be tracked both per game and for an entire season.

This basic app for Google Android ($1.99) functions as an electronic clipboard. With Soccer Coach’s Clipboard 2, you can move players from position to position using your fingers. Just like an actual clipboard, you can move players across the screen to demonstrate plays and indicate the progression of a play by drawing arrows to show the direction of player movement. What’s more, you can draw up plays before a game and save them into your playbook to load instantly during the game. 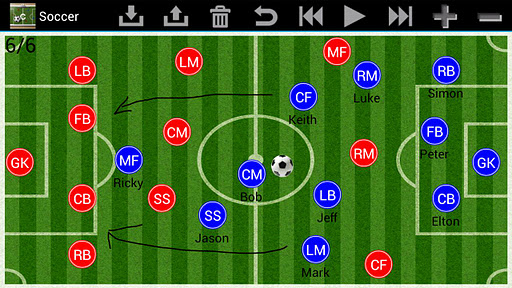 Priced at $4.99 and available for both the iPhone and iPad, Soccer Dad looks like a good app for first-time and even more experienced coaches who don’t own an iPad or simply prefer to depend on their phone rather than lug a lot of other electronics to the field. You can manage your line-ups and substitutions pretty easily with Soccer Dad—and you even get an audible tone when it’s time to sub someone in or out to keep playing time equal. Soccer Dad also gives you a whiteboard to draw-up plays and drills and populate it with the lineup from the game in progress. Standard player and team statistics can be shared with parents, players and other coaches.

Unfortunately, I couldn’t find any apps for the Google Android that help coaches manage line-ups and game situations, but I did find a couple that help with drills in practice. Soccer Practice Plans is geared toward U8 – U10 teams and includes six different practice plans with five games or activities per practice. Each plan includes a warm-up activity, individual skills activities, and small-sided and large-sided games. Soccer Coaching Plans delivers the same set of plans, but focused on U10-U14 players and field sizes. Each app is priced at $1.99.

If it’s videos of drills to help you plan your practices that you want, this is the app for you — provided you have a Google Android. It’s also a good tool for players to use when they are working on skills on their own.

With training videos featuring former Major League Soccer player, Marcelo Balboa, you can select the specific skill you want to work on with your players in practice, and instantly view videos that fit the bill. Click here to view to the video about basic passing technique. 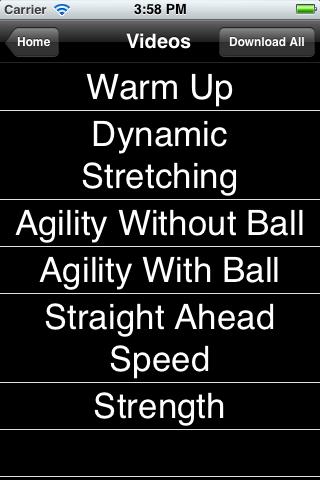 So, TeamSnap parents and coaches, H=have you used any of these apps? Or is there an app you absolutely love and can’t do without (besides TeamSnap, of course!) that I didn’t list here.