The advantages of sitting on the bench watching the game instead of playing have been brought up to me on numerous occasions, so I’d like to address the issue. First, by saying that it is exponentially better to play than to sit on the bench. One example I’ll give is when Aaron Rodgers sat on the bench learning from Brett Farve, a Hall of famer.  Now take a look at Rodgers’ stats from 2008 to 2011:

As you can see, these stats show how Rodgers improved with more PLAYING TIME. It took three years of playing, not sitting and learning behind Farve, to get to the level he is now. In the professional ranks there is a lot more to the game than just playing. There are many variables to consider for the athletes. Not only do they need to adjust to a new area by choosing where to live, where to avoid, whether to buy or rent, where to eat, grocery shop, bank, buy a car, and get their clothes dry cleaned, but they also have to decide on endorsement opportunities, who to hang around with, workout partners and schedules, etc. If married with kids what schools are available?  I think you get the picture.

Now this has nothing to do with youth sports. A child sitting on the bench during a game gets bored, plain and simple. You could literally turn the child around and not face the field, send the child in to play and the child’s play would not be that different than if they watched the proceedings. Why? Children join a youth sports team to play not watch. 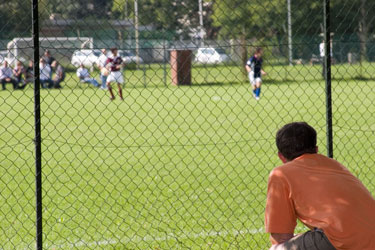 It was also brought up to me that coaches don’t put players in games because they don’t want them to fail and quit. Did the coach ask the players if that was the case? NO. Another comment by a coach was that if a player was too small and they put them in they might get hurt. Again, did you ask the player? Did the coach explain that paradigm to the player when they joined the team? No, of course not.

Does a coach ask the players who didn’t play much during the game what they learned after the game was over? Well. I have. Here are some of the answers:

One boy even told me, “Yes, this is no fun.” Go ahead and ask. Don’t frame the question though to predetermine the answer. Don’t ask leading questions like, “Did you see what Johnny did out there, what did you learn?”

Now ask the kids who played what they learned while they played. I have those answers also, but I think it’s best that you hear them for yourself. Sometimes they don’t even know they are learning when they are playing, and that is when they play the best.

Let’s look at the player’s sitting on the bench a little more closely. If they already played, they are probably tired and need a break. It’s called a break, not a sit and watch. If a player has not played at all his mind has wandered and he is trying to figure out when he will get a chance to play.

Here’s what he does learn by watching. Other players out there are not that much better than him. They are only better because they get to play more. They learn that being a teammate does not mean the same to each player on the team. They learn to get frustrated and tense. When it is their turn to finally get in the game, they realize they can’t make many mistakes for fear of getting pulled out of the game. They learn to be robots doing the coaches bidding. They learn that it is not fun to play youth sports.

One of the most valuable things children can do is play. Do you ever go by a playground and see the joy of the children playing with each other? They don’t need structure or supervision. You can see them hope, skip, and run around just laughing and playing. Just writing this last sentence brings back great memories of my children when they were young, in fact I’m smiling just writing this. Wouldn’t it be great if we could transfer that invaluable feeling to youth sports? I believe we can. 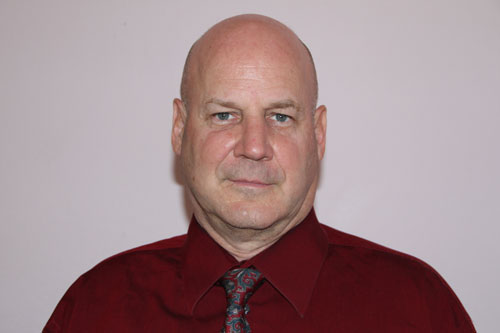 VJ Stanley is an author and blogger who covers topics on sports and coaching.  He is currently working on a book called “Stop the Tsunami in Youth Sports” that explores how sports have become too focused on winning and scholarships.  Learn more about more about VJ’s background, his blog, and his upcoming book.