I started playing organized sports at the ripe old age of 5. I played tennis, basketball and soccer, so two of the three called for a referee. I continued to play all the way through college, and in the years since, have been a parent watching my kids play, as well as being a coach. I’ve seen the game from every point of view…except from the eyes of a ref. So here I try to elicit some compassion for probably the hardest position of all…the one with the black and white striped shirt and the whistle.

Have you ever heard someone exclaim, “We lost that game because the referee was awful!”? If you have anything to do with organized sports, I bet you’ve heard something close, and maybe have said it yourself. In rare cases, it may be true. But for the most part, when you accumulate the time, innings, plays, etc., over the course of a game, the referee is not the reason why you lost. And when the inevitable bad call is delivered? What can I say…refs are human too.

We don’t make every shot we attempt, or score every goal we try for, how can they be expected to make every call correctly?

I’ll admit, when I was a kid, I was a hot head. I look back and shudder at what a brat I could be, and how unsportsmanlike I handled myself at times. I was very competitive. Seeing red competitive. Now I am of the camp that competition is good, but I also believe in good sportsmanship. I wish I could go back and grab ahold of my younger self (and some teammates) and deliver a message. Since that isn’t possible, I hope maybe I can change a few attitudes here. 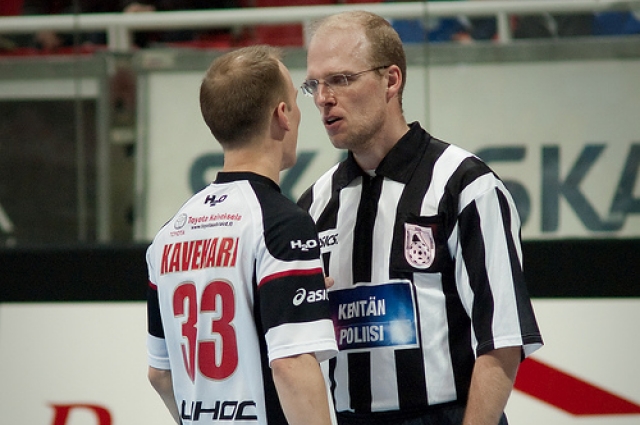 First and foremost, I believe the tone has to be set by the coaches and the parents at the beginning of every season. As a parent and/or coach, it is important to set the expectations for the players, as well as for yourselves. For example…”When the referee makes a call that you do not agree with, you do not argue, but get ready for the next play.” Let the players know that if there is a situation, you as the coach will handle it appropriately, and then do so.

Those of you who coach know that sometimes the hardest thing to do is to control the parents. They get overenthusiastic because they love their kids, and want them to do well, and hopefully win. I really do get that. I also feel that asking the parents at the beginning of the season to keep the sidelines supportive of the players, and to let the coaches — and the coaches alone — coach, has a positive effect all around. It keeps tension and awkwardness at a minimum, and helps take pressure off of the players. I’ve seen many children of overbearing parents looking over their shoulders the entire game to see how their parents react. They are so worked up that they are too distracted to really play their game. I know it can be more work for the coach, but if you adopt a “zero tolerance” policy on your sidelines, I feel like it benefits everyone.

Many of us are competitive, and in the heat of the battle it’s hard to bite your tongue. I’ve been there. I don’t think it’s realistic to not show emotion. I think any levelheaded adult knows what is OK and what is too far. You’ve heard the expression “The apple doesn’t fall far from the tree,” right? If you think about it, you can probably pull to mind one or two examples of poorly behaved parent/child combinations. And if you can’t, then maybe the culprit is you? Think about that. Kids hear what we say. They see what we do. We have the choice to behave respectably and be role models. Even in our best efforts we inevitably embarrass our children, but when we behave badly we impact their life.

Let’s be honest here. How many times have you or someone else blown up at a referee and really seen something good come of it? l have seen thousands of sporting events, and seldom does tearing into the ref get him or her on your side. There is the occasion where the energy can swing things in your direction, but I believe this can be accomplished in other ways. Namely, hard work.

So what age does this effect? All ages. The earlier you can teach respect, and appropriate responses, the better. Just like eating habits. If a kid grows up having proper information, then they know nothing else and have no bad habits to unlearn. Does this mean that a kid in middle school can’t relearn? No. And here I use myself as an example.

When I was younger I had quite a temper. One day I was having a particularly bad day on the tennis courts, and wasn’t using the best judgment with my language or my racquet. Unfortunately, or fortunately, my parents happened to be playing on a nearby court. They heard me and marched over and took my racquet away and did not let me play for a week. This was torture for a kid like me. But you know what? I learned. And my behavior improved.

So teaching a child the right way from the beginning is always easier. However, we don’t always have the answers in front of us, and as a parent or a coach, sometimes you are just winging it and getting by the best way you can. This is why I feel that if bad behavior is just not tolerated, and that policy is stated at the beginning, then strides can be made in the right direction.

Do refs make the perfect calls all the time? No way! But just as no player is perfect, neither are the refs. There are some great ones, and some terrible ones. At the end of the day we have to believe that they are trying their best. 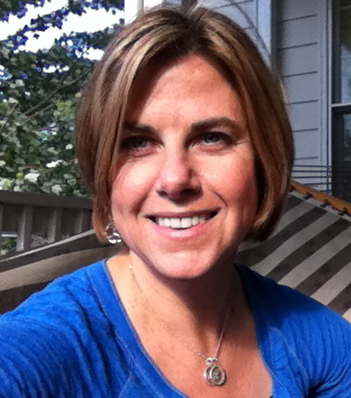 Deb Zacher is a freelance writer, fitness instructor, triathlete, and soccer Mom to her 2 girls.  Deb also assists her husband with coaching duties.  She is passionate about fitness and health and helping make a difference in people’s lives.  She has played tennis, soccer, basketball, volleyball, and other sports along the way to help with her insight into team sports.  She enjoys finding humor in just about anything, and likes to make others smile, so she will be trying to add comical points of view any time she possibly can!