3 Signs of a Healthy Team

As a former collegiate and professional athlete and an athletic trainer, I’ve seen it all when it comes to team dynamics. I’ve seen great teams that stick together, support each other and win championships, and I’ve seen splintered teams, torn apart by a lack of trust and struggling to keep it together on the court.

The key to any healthy relationship is the ability to communicate clearly and effectively. Teams are full of complex relationships, thus truthful communication will help a team develop healthy team dynamics. Nothing undermines team chemistry more than deceit and dishonesty. The coach is the most important cog in this communication vortex. Coaches must maintain consistency across this spectrum by setting clear expectations and making a habit of telling the truth. “Truthtelling” often requires the courage to present the reality of difficult situations. Although difficult at times, honesty is always the best policy when dealing with tough issues like playing time, tryouts and players’ roles on the team. Players and parents can choose to disagree with the content of the coach’s communication, but if the coach has reliably communicated the truth with all parties involved, his or her credibility will remain intact and team culture will remain healthy.

A counterfeit will always be exposed. Coaches, players and parents owe a level of transparency to one another when they make the decision to function as a collective unit. 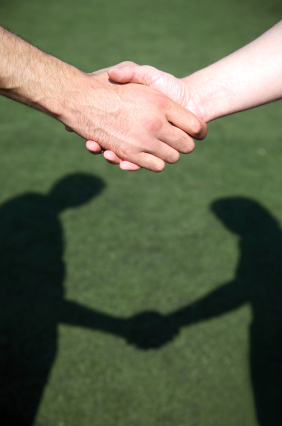 I have a personal example of how transparency can undermine trust. I was on a team where the coach told us our captains would be selected by a team vote. After the votes were counted and the captain was named, it was clear that the coach had already decided who was going to be captain and the votes had little input on the decision. The problem was not that the coach shouldn’t have the ability pick captains but that the entire process lacked transparency. If the coach had told us from the outset that he alone was going to pick the captains, this kind of transparency (even if the players didn’t agree on the process) would have not led us to believe our votes had an impact on the decision, and our trust in the coach wouldn’t have been compromised.

For parents, an example of transparency would be communicating with a coach in advance when their child will miss practice or a game because of family obligations. I’ve seen many parents lie or withhold the truth from the coach in order to protect their child. Then at the last minute, the parent will spring a surprise absence on the coach before an important game or week of practice. Transparency builds trust and trust is essential to healthy teams.

Over the course of the season, players must learn to trust in their coach’s leadership. Likewise, a coach must learn to trust in their player’s character. Having a foundation of mutual respect means when the inevitable storms of a season arrive (losing games, injuries, academic troubles, gossip), the team is able to survive the challenge because players trust and respect each other.

The deep-seeded belief that everyone on the team has the group’s best interest in mind is a powerful sedative against the craziness of a season. The best teams learn to insulate themselves against the outside influences that would seek to destroy their chemistry and pull them apart.

Trust grows out of transparency and truthfulness. It is the cement by which healthy teams are built. Sports have the rare ability to expose our deficiencies and grow our character, which forces a team to either create a bond of trust or allow personal shortcomings to divide the team. Team togetherness and trust are two of a few things that you have complete control over. The season provides the time and context for teams to learn to trust each other and come together or splinter as individuals. The coach sets the tone for this process, but the players and parents do the heavy lifting.

Ultimately, trust depends on the character, consistency and selflessness of everyone involved. What type of a culture will your team create?

Quinn McDowell is a writer, trainer, and professional athlete. He has played in the NBA D-League, Australia, and Spain following his four-year career at the College of William and Mary. He is the founder of AreteHoops.com and desires to see coaches and players succeed with excellence. He currently resides in Palencia, Spain, with his wife Lindsey.