Last winter I was working at a job I hated when I serendipitously came across a Craigslist posting for a marketing manager position at TeamSnap. After a six-week, extremely thorough application process that involved five interviews and two writing assignments, I was hired and invited to begin my new position by flying to Denver, getting picked up by my new boss and driving 3.5 hours to Steamboat Springs for the company’s twice-yearly all-company meeting.

I had no idea what to expect. I was jumping in not with both feet or head first but in what felt like a belly flop.

That April meeting was simultaneously exhausting and refreshing. I met about 50 new people, learned a ton and had a blast. The belly flop turned out to be a swan dive, and I realized why TeamSnap was so exhaustive in the interview process. What struck me most was how invested in culture everyone was, and that’s not something you can figure out on paper.

This meeting was unlike any other “offsite” I’d ever experienced. Senior management didn’t hole up in a cave, plotting their next move. Instead, everyone stayed mostly together, discussing the direction of the company and the product, with managers taking notes on suggestions for improvements and changes. We didn’t go out to overpriced, stuffy dinners at steakhouses. Instead, everyone helped prepare family-style meals, and we all ate (and cleaned up) together. Despite the fact that everyone was tired after dinner, groups broke out to play games, chat or hit the hot tub. It didn’t feel like a company meeting, it felt like going back to summer camp with 50 of the best friends I never knew I had.

At our most recent all-company meeting I got to see others experience the same thing I experienced at my first meeting. This meeting was even more important to me than the first one, where I was meeting my new co-workers and hearing about my job for the first time, because I felt like I was now responsible for carrying on the TeamSnap Torch of Awesomeness. 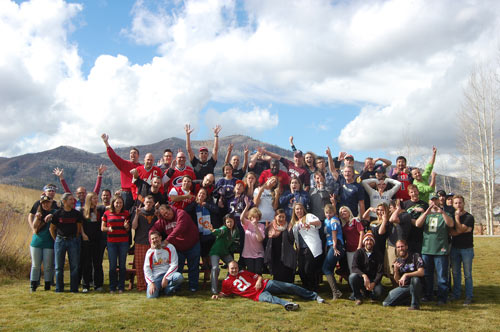 Fast forward six months later, and I’m no longer a n00b at this quickly growing company. In fact, another employee had his first day at our October all-company meeting last week. One of the things that resonated most with me during this latest meeting was that now I was one of the employees evangelizing and exemplifying that TeamSnap culture. Here are just a few of the statements I heard from new employees at the recent meeting:

We get a lot done at these meetings. We solve process problems, we brainstorm new features, we even held a hackathon this time around. But because we’re so regularly collaborative, there are usually no surprise announcements when we get together. And although the meetings are productive, most employees will tell you that the best reason for having them is to emphasize togetherness and our culture of humor, teamwork, investment, responsibility and ownership.

Sure, it’s easy to dismiss this as simply “drinking the Kool-Aid,” but the reality is that when people like their job and like their coworkers, they become more invested in their company. They want it to succeed. They want to be part of the reason it succeeds.

Never in my career have I witnessed that more than at a TeamSnap all-company meeting. Whether you’ve been at TeamSnap since Day 1 or it is your personal Day 1, you’re immediately invested, and it shows.

Stephanie Myers is the Content Manager for TeamSnap, managing such content as this blog, the TeamSnap newsletter and much more. When she’s not being the boss of content, you can find Stephanie playing in a competitive skee-ball league in Austin, Texas. 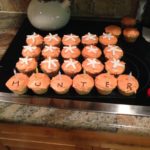 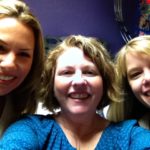 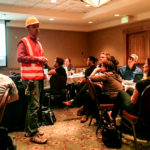 VP of Engineering Frank Watervoort demonstrates at a TeamSnap all-company meeting how easy it is to fake your way into a security hack by looking like a pro. 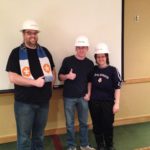 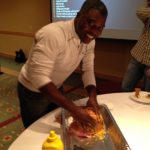 A TeamSnap company meeting tradition is to give “passion talks” in which you discuss something you enjoy outside of work. Here, Alondo Brewington gives a brisket a rub during BBQ Master Ryan Grablick’s passion talk. 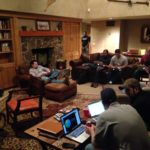