How To Get Your Players To Mark Their Availability

This is part of our blog series on getting those resistant users on your team to log-in to TeamSnap.

You have played nice, explained to your team why you are using TeamSnap, posted photos and statistics with gusto, and you still have a few users who just won’t log in? We didn’t want to have to do this but now it may be time to pull out all the stops. If you don’t know who is showing up, the coach can’t plan accordingly, make a lineup or invite substitutes. As a last resort, consider passing this burden on to the players and parents.

As Brian M. eloquently puts it, “Don’t pay, don’t play. Don’t sign-up (mark player availability), don’t lace ’em up.”  Many of our respondents simply told their players that if they don’t mark availability, they won’t start. And since everyone wants to play, this seems to do the trick. 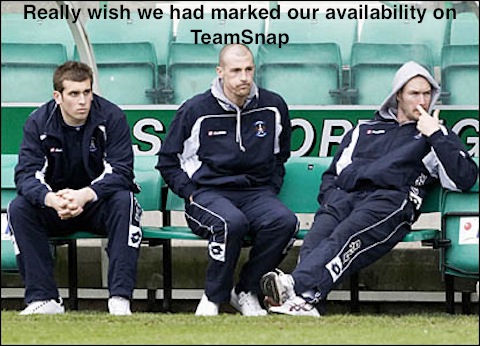 Stephanie A. shares her tactic, “We have set up TeamSnap to allow team members to sign-up until noon the day before a game.  We have told our players that if they don’t update their attendance status before that deadline, we will call spares, and if they show up unannounced (i.e. un-TeamSnapped!) they will have to sit out the game because there will be a spare player there to take their place.”

Nathan M. takes it one step further throwing in a little more incentive for his players: “You have 24 hours to mark your availability after the last game is played and if you wait until after 24 hours and you’re the last one, you are responsible for buying the beverages no matter whose turn it is in the rotation.”

We realize that this not appropriate for every team depending on the level and age group, but there is something to be said for results. Dan S. told us, “I sent a message from TeamSnap notifying the guys that if they weren’t signed up by the date I specified, I was going to open their roster spot to be filled. Within a few hours, everyone was signed up.”

Thanks for all of your great input on the availability feature, we’ll look to incorporate many of your ideas when we do our next redesign. Did we miss anything? How do you get your players to mark their availability?