In Support of Excellence: Single-Sport Specialization Isn’t a Bad Thing

For some time now, we’ve been reading articles, blogs and op-eds about kids (and their parents) spending an inordinate amount of time and money on a single sport. We read stories about crass behavior and excessive demands exhibited by parents of children participating in youth sports—the sideline coaching, the game postmortems on the way home, discussions about college scholarships when the kids are on the Pop Warner Mighty-Mites and so forth. As a soccer parent for the past 17 years, I have seen it all. In the spirit of full disclosure, I am also one of “those” offenders, and I’m here to explain why, in the proper context, single sport specialization is not such a bad thing.

A natural athletic ability is actually very easy to identify in a child. Speed, agility, balance and competitiveness are things we are pretty much born with (or not). Stardom may not be predictable, but potential is identifiable. This is never a problem with individual sports: I have not read any blog complaining about how much parents spend on budding tennis champions, PGA golfers or Olympian ice skaters. From a young age, these athletes are expected to focus on their sport in a very intense and expensive manner. For some reason though, this same approach is considered anathema by many in a team sport setting.

On any team, at any age, there is great variability in skill-set. These differences materialize rapidly, and we usually quickly see who’s the “star” on the field—the softball pitcher who strikes out everybody, the blazingly fast wide receiver, the soccer goalkeeper who seems to simply pull balls out of the air. These kids all have a shot at taking their skill to the next level, be it on a top club team, the high school varsity team and, perhaps, in the collegiate arena. However, these top youth athletes are still in an environment that frowns on the effort, focus and determination required to excel in their sport. Those who say, “Let them be kids,” are oblivious to what it takes to achieve greatness. 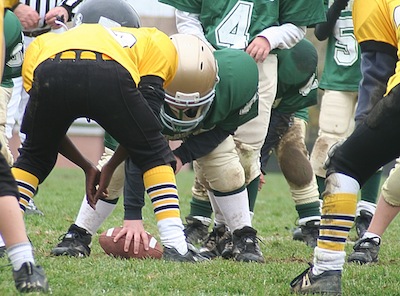 If a 6-year-old child displays glimmerings of genius at chess or the violin, we wouldn’t think twice about an intense pursuit of their gifts. But try to do that in a team-sport setting, and you’re accused of “robbing your kid’s childhood” instead of encouraging them to maximize their potential.

Ours is a “pay-to-play” society. Children typically don’t leave home at eight to join club-funded or state-supported residential athletic programs. So it is important that we realize our community athletic programs, while being fun for all, are also the fertile grounds from which our superstars emerge. Let’s recognize that and cheer both the athletes and their committed parents as they journey onwards to excellence.

Adee Feinstein is a professional soccer dad and Founder and Mad Hatter at PassHat, the private group collection and gift company.