Should Girls Play on Boys’ Teams?

I recently had the opportunity to interview Alex Morgan, the 22-year-old U.S Women’s National Team forward who made a huge splash at this past summer’s Women’s World Cup, for Soccer America. After the article ran, a reader posted a comment that proved the seed for this blog post. The reader asked, “What about girls playing on boys teams to elevate their play? 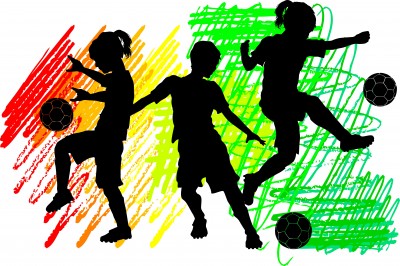 My first reaction was that I knew that many professional women soccer and basketball players did play with male counterparts growing up—especially if they had an older brother—but usually in playground or neighborhood play, not on organized teams.

And when I was still on the Little League board, there would always be a handful of girls playing baseball with the boys from T-ball through age 10. Then it dropped off to a lone girl in Majors (ages 11-12) and a lone girl in Juniors (ages 13-14). The girls wanted to be there (no one was forcing them to play baseball instead of softball), but they really didn’t have much success hitting against boys who were now taller and much stronger. Their bodies betrayed their desire.

I decided to ask some parents, youth coaches and sports psychologists about co-ed teams: when they are and are not appropriate, and why. And whether playing with boys really makes girls better athletes.

One mother I spoke with firmly believes her daughter is a better athlete because she played on boys’ teams when she could, but more importantly, she felt that both genders learned valuable skills from the co-ed experience. She observes that, “boys tend to be more single-minded and aggressive; they are focused on moving the ball and scoring,” which typically means that they prefer to take the ball down the field or the court by themselves if they see the chance to score, rather than passing to a teammate. She continues, “The challenge with that is that boys are less inclined to naturally develop the teamwork skills they need when the level of competition increases.”

On the other hand, she says, “Girls tend to be more about collaboration and teamwork. They are more concerned about that than winning.  The upside is that girls embrace skills such as passing and knowing the strengths of each other as a team more quickly than boys. The downside is that they don’t tend to be as aggressive and they don’t fight for the points or learn the solo skills that boys are more naturally inclined toward. Thus, girls have to work harder on developing their aggressive side to balance out the teamwork disposition.”

Another benefit for girls, according to a parent whose daughter opts to play on boys’ teams whenever possible, is that her daughter is “able to play her best position (midfield or fullback), whereas on a girls’ team she [is] always forced to play forward.” An interesting perspective, for sure.

Given this win-win situation, why don’t we have co-ed teams at all levels—and for all sports? The general consensus is that co-ed teams work well when kids are young (say, under 11) and then again in high school. When they’re young, boys and girls’ “height and weight are, for the most part, balanced” and when they are in high school, co-ed teams are great for recreational/social reasons rather than competitive reasons.

In between—in those wonderful, unpredictable ‘puberty’ years—girls and boys just don’t match up that well physically, emotionally, or athletically. Sure, there’s always going to be an exception, but, in general, “boys and girls are maturing in different ways and this is when boys really become physically stronger and more aggressive than their female counterparts,” said one long-time youth basketball coach. Plus, for school-affiliated teams, “you have the logistical challenges of needing separate dressing areas for the female athletes, which can make them feel like they are not totally part of the team.”

There’s also consensus around which sports are more inclined to work for co-ed possibilities and which don’t. What’s the determining factor? The level of physical contact. Most feel that co-ed teams are appropriate for baseball, volleyball, track & field and soccer, but not for football, lacrosse or hockey. Respondents with whom I spoke are split on the sport of basketball, because of the amount of physical interaction under the hoop, where “body contact is not only allowed but celebrated,” according to one father. A long-time youth basketball coach said that he believes we “are opening up female athletes to a higher probability of injury if they are participating on a boys team after age 11,” when talking about football, hockey and basketball.

So what’s a good alternative to a co-ed team but still helps girls improve their skills and embrace rather than shirk from physical play, irrespective of the sport? Having your all-girls team scrimmage against an all-boys team. It raises the girls’ sense of competitiveness and athleticism—without the ongoing potential for injury. Make sure the teams are matched in terms of skill level and size, though.

One last benefit that was mentioned by many women who had played on all-male teams at some point in their athletic career: they felt that they are stronger and more capable in their professional lives. Says one woman who not only played on the boys’ golf team before girls’ teams existed, but also served as the team captain, “I attribute [the fact that I played on the high school boys’ golf team] to the success I have had to-date in my career—I own my own company—and my relationships. I feel that I have a unique ability to see both sides of gender issues and not be biased toward either side. The experience boosted my confidence level and I am stronger for it.” Another professional female athlete told me that, “these [co-ed athletic] experiences will benefit girls in their workplace relationships with male counterparts” for many years to come.

Sports therapist, Carla Lundblade, summed it up well: “Girls who are good enough to earn a spot on a boys’ team will reap major rewards throughout their lives thanks to the confidence they’ve built by achieving that goal.”

As a woman and the mother of a female athlete, I think it’s phenomenal that girls are no longer seen as fragile or less-than-equal competitors. So now, isn’t giving them a leg up in the professional workplace through sports a worthy goal?

What do you think, does it make sense to have girls play on boys’ teams?

For more on this topic, be sure to listen to the TeamSnap Youth Sports Podcast Episode “Should Girls Play on Boys’ Teams?“