3 Things Any Team Can Learn from the 2015 NBA Champs

The Golden State Warriors had one of the best seasons in NBA history this past season, and in doing so they have begun to reshape the sports landscape as we know it.

Although stats don’t tell the entire story, the Warriors were only one of three teams in the history of the NBA to finish the season with 83 wins. They performed the entire season at a historic level and in the process, changed the narrative of what we consider valuable on and off the basketball floor.

Here are three things that came out of the Warriors’ season that will change how any team (not just basketball teams) thinks about the nature of team sports. 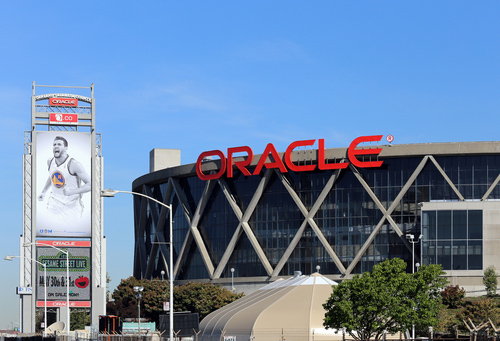 The Warriors unlocked the Holy Grail of team competition when they figured out that talented teams that play together are nearly impossible to beat. They led the league in regular season assists per game at 27.4 (per NBA stats) and repeatedly would pass up good shots to get great shots.

They understood that team sports are most beautiful when the symphony of ball and player movement works in harmony to put the defense on their heels. Teams function best when the defense has to worry about defending five options instead of having the luxury to focus on one or two star players.

Sports have traditionally been defined by placing players in certain positions that align with their specific skill sets. But the Warriors are destroying that notion with their unorthodox lineups and lack of traditional positioning. The Warriors opted toward preserving maximum flexibility in their lineups instead of pigeonholing players into predefined roles.

In the end, this paid huge dividends for them because in the two most critical points of their season the Warriors resorted to these unorthodox methods to change the momentum of their series. The Warriors have shown us that “talented” players are no longer just the ones that can score a lot of points or grab a bunch of rebounds. Stats don’t tell the entire story. Talent means more than just accumulating stats. Talent is starting to reflect a players ability to adapt to the changing circumstances within the game; to give their coach multiple options in how they choose to use them.

The Warriors have started a leadership revolution, and these two anecdotes are the perfect illustrations for how their brand of leadership is changing the landscape of team sports:

The head coach of the Warriors Steve Kerr showcased his rare breed of humility when he was willing to take the advice of a video coordinator about a key strategic move during the team’s playoff run. Not only did he take advice from this employee (who was in a much lower position than Kerr), but he publicly gave credit to that employee after his strategy helped them win a key game.

The second story highlights the selflessness of Andre Iguodala who was a former All Star in previous seasons but didn’t start a game all season until Game 4 of the Finals. Not once did he cause a stir about his new position, instead he chose to stay prepared for his opportunity. Ultimately, his preparedness allowed him to win the NBA Finals MVP after not starting a game in the entire regular season!