4 Types of Success Every Athlete Can Achieve 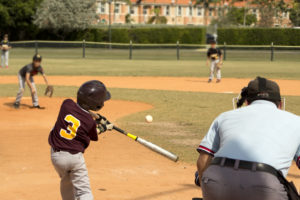 Whether or not you believe every young athlete should get a trophy, there’s no argument that every one of them should have something that motivates them, and instills in them a love for the game.

Sometimes awarding trophies isn’t always effective. In fact, the best way to keep kids playing sports is to help them learn the rewards of earning success. We’re talking about the kind that involves training, persistence—and often a struggle. When kids sweat for their reward, it can be that much more rewarding! And that’s often the biggest source of motivation. It can help keep kids striving to improve and reach their potential.

How do you determine what “success” means for each athlete? Although each child’s needs and goals differ, there are some common successes all athletes tend to share:

As competitive weightlifter, my daughter’s goal at each event is not necessarily to end up standing on the podium at the end of the day; it’s to set a personal record (PR). She sets a goal of what she’d like to do and then she either meets it or beats it. That means more to her than any medal she could earn.

Seeing young athletes attempt and achieve something they’ve never done before is one of the sweetest successes around. Perhaps it’s the challenge of a different position, a new strategy, or maybe simply trying out for a team they think they have no chance of making. Athletes may not nail risks the first time—or even the second or third—but when they do, it will be a success they never forget.

I love watching my kids score points and make big plays. One thing I love just as much (or maybe even more) is seeing them take control of their emotions and overcome mental blocks that held them back. This type of success has the potential to take athletes to the next level. Winning the mental game is more important to your athlete’s success than skills.

This feat is possible for every single player on the team, no matter how many minutes they play. I’ve known athletes who were leaders from the bench because they learned that leadership is not based on position or skill; it’s based on character and example. Your child will earn respect as they put the team first, encourage teammates, give 100%, and lead by example.

If your child never gets a trophy, never gets their name in the paper, or never gets a scholarship, they can still feel the joy of success. Teach them the true meaning of success and take them on a journey to get it.

Janis Meredith is a family life coach who wants to help all parents raise champions. You can find out more at rcfamilies.com.