In a recent blog post by Koach Karl Dewazien, he wrote about the differences between youth sports today and when he began coaching 30 years ago. One reader responded with a question that Koach Karl answers below:

Your article is very accurate how soccer has evolved. I witnessed the same evolution. I started playing soccer when I was back in Michigan got hooked when I saw a video of Pele in the World Cup.  No one ever heard of soccer, and I literally was in that same meeting you describe in the article. I was coached for free by an Englishman, and soon my dad was an assistant.

However, what I was most interested in but didn’t get was your opinion: What’s your take on this?  Have the changes over 30 years been mostly positive or mostly negative?  What should happen over the next 30 years to make it better? 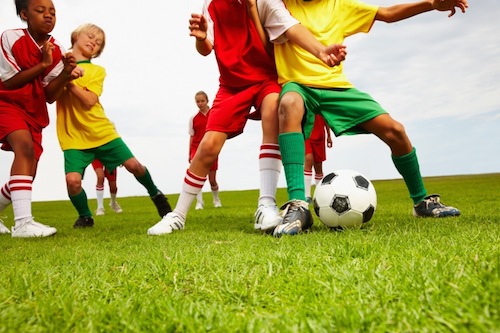 FUNdamental Response: The changes over the last 30+ years, fortunately, have been mostly positive:

But how did these changes come about?

Youth soccer has become an increasingly expensive sport. Today, the cost for even recreational teams has risen dramatically, as parents are asked to pay for better equipment, higher insurance costs, better fields, increased league fees, coach training and certification, etc. I go back to when every child that signed-up in the past was automatically on a team as long as someone “volunteered” to coach them. Today, the number of teams that can be formed many times depends on the amount of money that can be raised through registration fees and fundraisers.

Of course, with more money involved, there is more influence from the pros in the sport, especially directors of coaching and foreign coaches, whose jobs are impacted by their success. This type of competition sometimes drives those who are in it for fun out, as does the over-emphasis on winning and results in order to obtain those elusive college scholarships.

The competitive soccer community needs to focus more on making soccer fun again. The best players, teams, coaches and clubs, need to understand that how they interact with the rest of their soccer community has much to do with the health of our sport

Simply put, the obligation is on the more accomplished players, coaches and teams to help others and to do what they can to see that they are enjoying themselves. Rank has its privileges but also its responsibilities.

Even though there are more possibilities for those who want to play youth soccer now than ever before, 75 percent of children between the ages of 10 and 14 playing soccer drop out every year. There are clearly some issues we need to work on, and here are some ideas for bringing the fun back in youth leagues.

Governing Bodies on the local, state and national levels need to create and enforce regulations that protect and enhance the development of every player by:

Communities need to build safe and accessible playing areas throughout their community so children can:

Note: The American Academy of Pediatrics emphasizes, “Children need unstructured time to themselves without the engagement of adults for social and cognitive development.”

Coaches need to create a practice/playing environment that guides each player to learn to love to play the game on their own by:

Players need to learn that their improvement begins with developing passion and ambition to improve by:

Parents need to understand that there are no shortcuts to becoming a successful player, that playing on successful teams does not guarantee personal success and that playing on mediocre teams does not result in personal failure but that the establishment of a well-planned practice, training, competition and recovery regime can help. They need to teach their child how to honor their commitments to the coach and teams for that season.

Everyone involved needs to remember that