Building – And Bonding – Your New Team 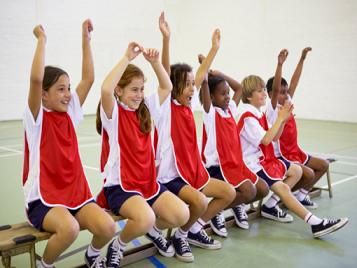 Skills evaluations and tryouts are over. You have your team for the new season. All the players have to do is start practicing and everything will come together, right? Wrong. Team chemistry and bonding – among both the players and the parents – is vitally important to a successful season. And there are many things you, as a team manager, can do off the field to help foster a tightly connected, cohesive team.

For the players, the best team chemistry comes when everyone feels included and knows that he or she is a vital part of the team. No cliques or small pockets of friends who exclude others. Whether your team is comprised of all new players or you have a core group of returning players and a handful of new ones, it is important to get everyone on the same page as quickly as possible.

Here are some innovative ways to build team chemistry away from the field that will help you reap the rewards on game day:

•    Engage the players in a different activity that requires teamwork to build relationships off the field. Creating a team banner, going on a treasure hunt, or working on a specific skill (e.g., juggling the soccer ball or throwing competitions in baseball) to reach a collective goal and earn an ice-cream party are all good ways to encourage team bonding.

•    Implement a game-day “Secret Gifter” program to help the players know each other’s interests and personalities off the field. Have everyone select a piece of paper with another player’s name, interests, likes and dislikes, favorite color, etc. from a hat at the beginning of the season. Before each game, it is the job of the gift-giver to secretly give the other player a small, inexpensive gift ($1 to $2 each game). Throughout the season, the players try to find out who their “Secret Gifter” is and must come up with new and different ways of getting their gift to the other players. At the end of the season party, the “Secret Gifters” are revealed. Admittedly, this works better for girls and younger players, but the results are second to none.

•    Work with the coach to institute a post-game ritual that encourages the players to shower praise on each other. One coach I know doesn’t tell the kids what he liked about their play, but instead, he has the kids tell each other. Every player must say something positive about another player in the post-game chat. Another coach has a “game hat” that gets passed from player to player each game. Nothing builds confidence and a feeling of belonging more than praise and recognition from peers.

Almost as important as building relationships between the players on your team is ensuring that you have a tight-knit group of parents to support them—and you, the team manager, of course.

At the beginning of a new season, it’s critically important to have a team meeting with all the parents to fill the volunteer team and league jobs and provide a time for all those busy parents to meet each other before the quick “Hi and Bye” at practice drop-offs begin.

But you can create stronger bonds between the parents with some fun, social activities as well. A “Mom’s Night Out” at a local restaurant or hosted by one of the families is a nice way for all the mothers to meet and chat. Dads can go to a baseball game or golfing or out for dinner, too. Even a friendly mixed doubles tennis social is a good way to get the parents socializing in a setting that doesn’t involve focusing on their children on the field.

Whatever you decide to do, the main thing is to focus on building relationships that transcend the playing field and give the players—and the families—a sense of belonging to a community that cares about more than who is the most skilled player on the field.