Lately, Ken Dryden—Hall of Fame goaltender, former Canadian Member of Parliament and acclaimed author—has been talking about the problem of head injuries in hockey. 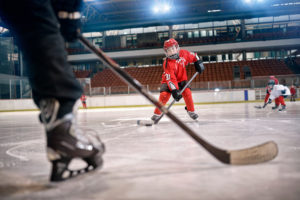 He’s appeared on radio programs and been interviewed on television, and has written articles in newspapers, all calling on the National Hockey League to apply a “non-negotiable rule on every rink, every game: No hits to the head—no excuses.” Dryden’s new book is Game Change: The Life and Death of Steve Montador, and the Future of Hockey.

Dryden is on a mission to curb concussions in professional hockey, and for good reason. Science has confirmed that blows to the head can end a player’s career and in some cases, their life.

Dryden wants the NHL to catch up to minor hockey where all hits to the head are penalized. This suggests that as parents of young hockey players we don’t have to worry. Our kids are protected by the rules, right? The answer is: maybe.

The reality is that there are still some hardcore hockey traditionalists who believe that penalizing all hits to the head will ruin hockey. These people often react loudly to such penalties. The idea that all hits to the head should be eliminated is not getting through to some coaches and players.

This is where Dryden’s writing is very valuable for parents like me who support his position that there is no place in the game for hits to the head, “no excuses.” The true worth of Dryden’s article is found in the clear, logical, and fact-based soundbites he provides.

Dryden shares undeniable truths that cut to the essence of the issue. He gives us all we need to respond to those who oppose penalizing all hits to the head.

This is what science has proven. No one can argue this fact.

2. “It’s about the player being hit, not the hitter; the effect not the cause.” 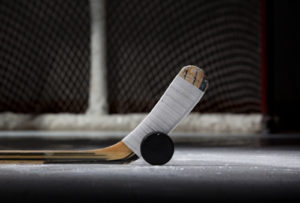 Often spectators will react loudly when a penalty is given to a young player who accidentally hit another player on the head. The message here is that the focus should be on protection first. The brain doesn’t differentiate between a goon’s intent to injure and an accidental knock. Dryden makes the point that existing NHL rules already penalize the effect, not the cause. If a player accidentally shoots the puck over the protective glass for example, a penalty is assigned. No questions asked.

3. “Trust that players and coaches will adapt…and that hockey will actually improve.”

Hockey has evolved and there have been many rule changes over the years. Professional players and coaches have always come up with creative ways to adapt. In most cases, adapting to new rules has actually improved the game.

As Dryden writes, there is a solution that can curb head injuries in hockey and it starts with penalizing all hits to the head. Minor hockey is a step ahead of pro hockey in this regard, and the next step is to solidly ingrain this idea in the psyche of each and every parent, coach and player in the game.

Richard Monette is the managing director and editor-in-chief of Active for Life. He’s a renaissance man specializing in the quest for human achievement and fulfillment. His professional activities span the disciplines of business, sport psychology and education. He is part of the B2ten leadership team and leads the Active for Life initiative. Richard is married and the proud papa of two very active teenagers. Follow Richard on Twitter @MonetteRichard.