I apologize in advance for the somber note of this blog, but I really can’t find any humor here.  Every so often, a senseless act of violence—in the name of ‘fan rivalry’—occurs, and takes the joy out of a sport I love. Last week, it was professional baseball. On Opening Day, two so-called ‘fans’ of the Los Angeles Dodgers beat Bryan Stow, a 42-year-old father of two, a paramedic who typically helps others, into a coma. Why? Simply because he wore the orange and black of the Dodgers’ main rival, the World Champion San Francisco Giants. 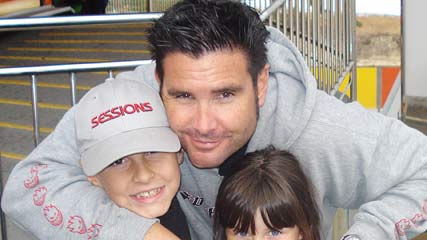 This time, the senseless act of violence occurred against the backdrop of professional sports, but—unfortunately— we’ve heard about it at all levels and between all participants. Parents fist-fighting in the stands while 5-year-olds play T-ball. Fathers pulling guns on coaches to settle playing time disagreements. Mothers screaming at and threatening referees for calling fouls on their soccer-playing daughters. Verbal and physical confrontations between coaches after violent play between players on the ice.

‘Sideline rage’ is now so common that we are not surprised by it anymore. And I hate that. Last year during a Little League All-Star game, the tournament director was forced to ask a coach to leave the field after he argued an umpire’s call so vehemently that the umpire was fearful of physical retribution. As the TD gently guided the coach off the field, the coach then directed his vitriol at the TD, threatening to punch him and even kill him. Seriously? Over a baseball game played by 12-year-olds? I witnessed these events, and while I was fearful for the TD, I was not shocked.

Once the coach was off the field, play resumed. But my eye was not drawn to the action on the field. Rather, I was focused on the boy in the dugout with his head in his hands. The ejected coach’s son. His body language and his face registered one emotion: embarrassment.

In talking with kids of all ages about adult sideline rage—from verbal abuse to physical confrontations—the reaction was unanimous. As one child put it so eloquently, “The more angry my dad got, the more I wanted to disappear. To be honest, if I could have left the field, I would have. It really wasn’t that big of a deal.”

At some point, youth sports stopped being about kids having fun and became yet another place where parents could one-up each other about their children’s—and in some cases, their own—sports achievements. As many people say, what’s wrong with youth sports is not the youth, it’s the parents.

So let’s go back to focusing on what matters: the kids. Next time you get upset at a call made by a referee or umpire, or you chafe at a playing time decision made by your child’s coach, put yourself in your child’s shoes. Stop, take a deep breath, and think about how your behavior will make her feel. If your child is likely to be embarrassed by what you say, don’t say it! If your child will want to run and hide because of your actions, don’t do it! And clearly, if your actions are going to require other parents—or law enforcement officers—to intervene, maybe you shouldn’t be at the field at all.

As I wrote in my blog post last week (see “Bleacher Basics”), everyone needs to keep perspective. What’s important—from recreational to high school to professional sports—is that it’s the players who are competing with each other. It’s not the parents, it’s not the fans.

San Francisco Giants relief pitcher, Jeremy Affeldt, said it perfectly at a pre-game dedication to Stow last week. “When the last out is made, [the Giants-Dodgers] rivalry ends on the field, so please respect that.

For the latest on Bryan Stow’s condition or to donate money to defray his medical costs, go to http://www.support4bryanstow.com/