When Thea Worona joined TeamSnap last month, bells went off in our office and streamers shot from the ceiling as she became the one millionth person (players, coaches, parents) to use our web application and team websites. Many of us were around when we hit our first 100 and 1,000 teams, so it was very exciting to see the odometer click over to 1,000,000 customers. We can’t wait to add another couple zeroes to the end of that.

Thea plays for the Mississauga Falcons 1998 Girls B soccer team in beautiful Mississauga, Ontario, not that far from Toronto. She is one of 17 players led by coach Carlos Martins. Despite the fame of being TeamSnap’s 1,000,000th customer, she has remained solidly down to earth and humble. 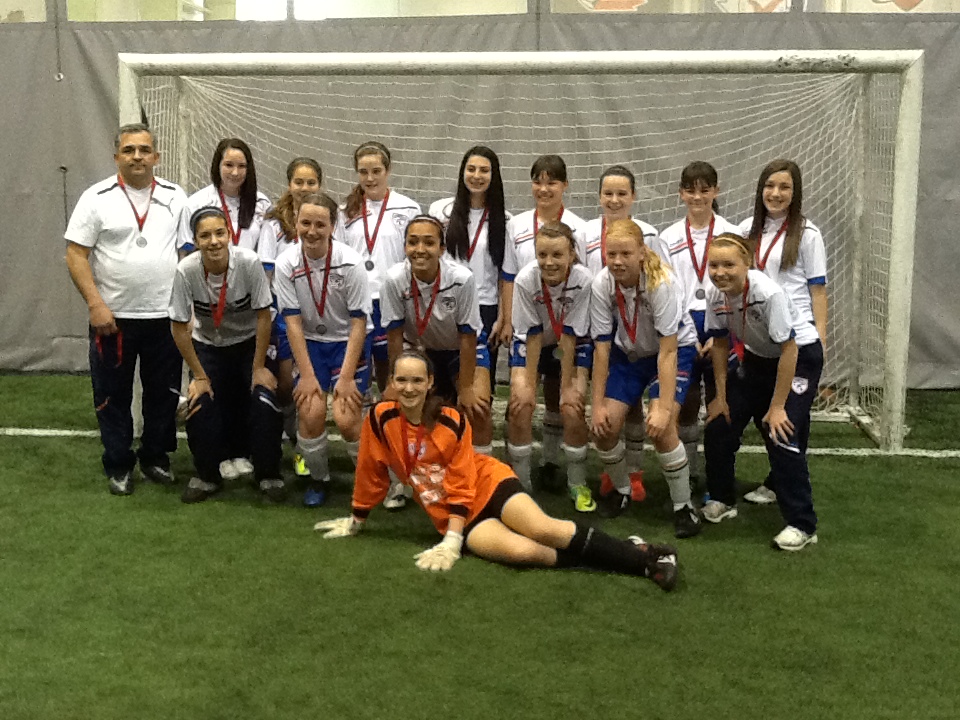 The Falcons have been together for three years and play in the competitive first division. Last year during the outdoor season they won the league cup in the South Region Soccer League. That’s a lot of TeamSnap-powered awesomeness.

The Falcons use TeamSnap for team scheduling, field maps, special events, wins/losses, availability and pictures. All communication with families is done with the application. “TeamSnap has been an invaluable tool!” says team manager Shelley Charanduk.

To show our appreciation to the Falcons for putting us over the 1,000,000 mark, we’ve sent them a variety of goodies as a personal thank-you. We’re incredibly appreciative of the support we’ve gotten from great teams like the Falcons — and many tens of thousands more. Big thanks to every one of our million customers — and counting — for helping TeamSnap grow into the world’s best tool for managing your team, club or league.