On Hockey Skates: Why Don’t Young Hockey Players Listen to Their Feet?

This is a universal statement that applies any time we witness a young athlete fighting with some new piece of ill-fitting equipment. The great thing about young hockey players is it’s blatantly obvious when something doesn’t fit right.

In soccer, where all you have to do is throw on some shorts and some cleats, a poor fit might not be as noticeable and it might not have much of an impact, either. And football? Well, being a hockey coach, every young football player looks hysterical to me. Seriously, how do they even move?

Hockey incorporates a lot of the same gear as football, on the upper body anyways, but hockey has a key component that sets it apart from every other sport: Skates.

I’m coaching CIS university hockey this season, and for the past four seasons I coached at the major midget level here in Vancouver. One of the common chirps hurled at players who get walked (which means they got burned, roasted, demolished, beat—you get the idea) references their ankles being broken. 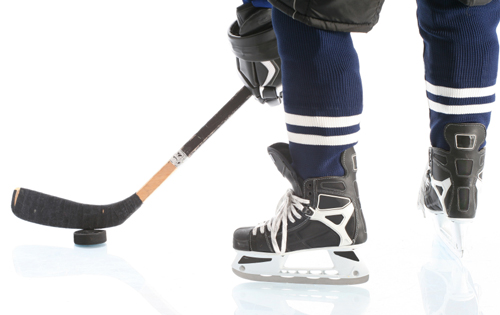 Scene: You’re occupying a familiar spot on the left bench. On the ice in front of you a high-flying teammate performs yet another slick one on one move, leaving his or her opponent disoriented and searching for answers.

You jump up and shout: “Hey buddy, your ankles are broken!” and promptly sit back down.

Or how about this scene: You’re watching your child’s hockey practice and you cringe with sympathy pains as you watch that one kid with the unnatural inward bend to their ankles. Yeah, that kid. It hurts just to watch.

Folded ankles of this nature are the worst state in which a hockey player can find him or herself. Hence the classic (yet crass) classification ankle biter. If you’ve got the right skates, there’s no need to worry about this.

Pay Close Attention to Your Feet

Now, an argument can be made that the older players suffering from ankle biter syndrome are simply getting beat by superior players. Fair enough.

But here’s the reality of hockey: You can’t out-perform your gear.

I’m a big proponent of keeping your costs down because hockey is an expensive sport (what with the gear, the travel, the ice time), but one area you simply can’t cheap out on is hockey skates. 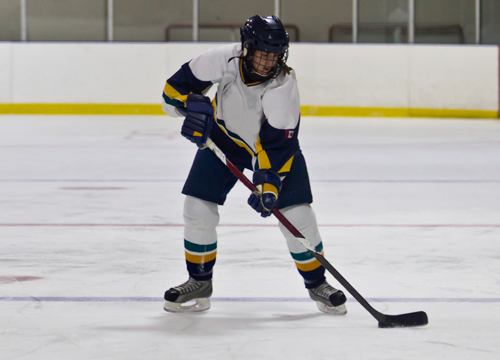 If skates are too big, there is no response, no transfer of energy from the foot to the boot and into the ice. This might not seem important to a six or seven year-old, but it is. I’ve seen the results of skates that are too big and not only do they lead to ankle issues, any benefit from being in the ice and practicing is eliminated because the player can’t skate properly.

If skates are too small, they hurt! They restrict blood flow and make it difficult to flex the toes, the foot and the ankle, making it impossible to perform a proper stride. This is the fear that causes parents to buy skates that are too big, but it’s a counter-intuitive decision.

Young hockey players need skates that fit perfectly. This is the only way to maximize your time on the ice. As parents and coaches, we need to ask questions and listen to the answers, but it’s on the player to listen closely to what their feet are saying.

Otherwise we’re left with unhappy ankles. And no one wants that.