To Play or Not to Play

There has been so much talk regarding this debate about summer activities: To play or not to play? I’m sure many parents stress about their decision to put their young athletes into extra clinics or camps over the summer. There has been so much debate on this topic because many feel kids will burn out if they’re over scheduled in their respective sports or extracurricular activities. I feel for parents who grapple with this decision. As the parent of a young goalie who played for over ten years, I must admit that we did it. I completely understand the dilemma of not wanting your young athlete to be a step behind those he or she is competing with. There is that looming tryout date that’s just around the corner. Is there value in letting your son or daughter take two months off to play other sports so that they jump back on the ice, field or court hungry for the game? I think that’s up to your young player; They’ll let you know if they want to play or not. In our case our son couldn’t get enough of hockey, which made the decision easier for us.

I can honestly say I don’t regret the trips to Toronto for hockey in the spring, the Chowder Cup in July, or that long trip to Philadelphia when the air conditioning in the car broke halfway there. One of my fondest memories was at Nantasket Beach in the middle of the summer, many miles from our hometown in Canada. I remember there was a restaurant with a patio across from the beach and the boys all wanted to eat after their victory. We dropped them off and told them to meet us at the beach for a swim after their lunch. It wasn’t long until we heard them laughing. It was a moment I knew I wanted to capture, so I turned to take a picture. There they sat together with their hockey hair blowing in the breeze, the smell of sweaty hockey equipment still lingering in the air. 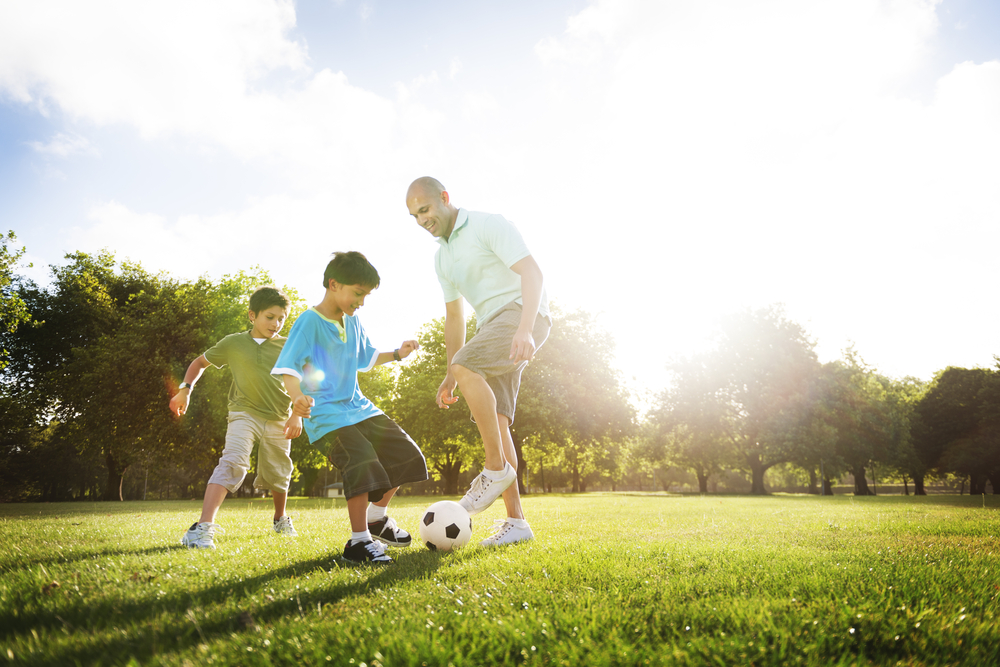 As I watched them eating burgers, laughing and telling stories, I couldn’t help but think these boys weren’t missing out on their summer fun—they had simply added hockey to it.

Unfortunately, we were defeated and had to head home. But we decided to stay an extra night because it was such a long drive back. The team drowned their sorrows by jumping in the pool and playing a game of skunk with a football somebody had packed in their hockey bag. They had the time of their lives and so did the parents, who shared the patio, a few drinks and a lot of laughs.

My point is this: If your young athlete decides to play summer sports, don’t take the summer out of them. If you’re a camper, bring your trailer. If you’re staying at a hotel, find a beach close by. If you can skip the hotel and rent a cottage, all the better. Campfire marshmallows taste just as good after a hockey game, and even better if it’s after a win.

Let your player decide. You’ll know if they’re ready for a break. If they don’t want to play then don’t sign them up; That’s when you take their summer away. Whatever your kids decide to do, be it soccer, dance, hockey or anything else, just make sure they’re having fun. Most importantly, don’t take “summer” out of it.

Allyson Tufts is a new author that has had many meaningful careers to date in non-profit, social work and human resources. Her proudest accomplishment is that of being a wife and mother. She spent many years watching her son and daughter enjoy their extra curricular activities. Nothing could prepare her for the stress of standing behind her son’s net for his debut as a goalie. As her experiences as a hockey mom started to pile up, she realized that not only were they funny, most importantly, they could be helpful to other parents going through their own experiences watching their kids in sport. She decided to take the leap and put her stories into her first book and so was born, “Lessons from Behind the Glass.” For more information on Allyson Tufts or to purchase her book, please visit www.lessonsfrombehindtheglass.com.