With TeamSnap, Lake Hills Soccer Club Finally Has Software the Coaches Actually Use 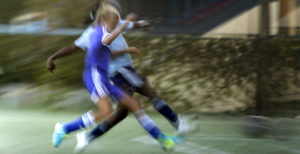 With almost 1,000 players, ages 5-18, across 65 recreational and 25 club select teams, Lake Hills Soccer is a big club with bigger goals, relying on myriad volunteers to create a great experience for the kids.

“We’re passionate about providing opportunities for all the kids in our community to learn and love the sport of soccer,” says Amy Hunt, one of only two employees and a longtime registrar and administrator. “Some kids continue as rec players, some move onto our select program, and others advance to a premier program. We’re very focused on the needs of each individual player.”

A Door Closes, Another Door Opens

In July of 2017, Hunt received a troubling email from Korrio, the club’s software platform provider – Korio was shutting its doors in two months.

“I was sad and anxious and kind of resentful because I suddenly had to lead the emergency search for a new platform,” says Hunt. She had been involved in the club’s last transition, from Bonzi to Korrio seven years prior. It had not gone smoothly, confusing parents, coaches and administrators alike.

This time, Lake Hills Soccer Club was resolved to up their game.

They also wanted an app that families and coaches would actually use.

“When we were researching platforms, we saw companies claiming to have an app and communication tools, but I talked to other clubs who admitted that their coaches don’t use them and don’t like them. It’s not a huge selling point if your app isn’t going to be used by anyone.”

Short on time, Lake Hills turned to sister club Eastside FC for advice. “They had already done a lot of the due diligence and chosen TeamSnap,” says Hunt. Within days, Lake Hills Soccer Club seamlessly transitioned their Korrio account to TeamSnap.

“Support was great about any little questions I had, whether talking directly to account manager Beth or just popping a question into chat. It was so easy, and I was really happy with how few bumps there were in the road.”

They built a newer, mobile-friendly website with TeamSnap’s Website Builder, putting a professional face on the organization. “The WordPress platform is easy to use and has some cool features and tools.” says Hunt. “I’m not trained in any way, it was just easy to learn by doing, and it’s been easy to use and update.”

Despite the short deadline, the transition to TeamSnap went incredibly smoothly.

“It was such a relief to get everyone, all my teams, all my players transitioned over — so easy. And the coaches were so excited about it, that made me feel good that we had made the right decision.” 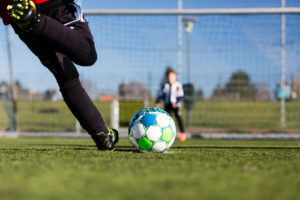 Since switching to TeamSnap, Lake Hills Soccer Club saves hundreds of hours every season and finally has a platform that everyone uses. Says Hunt: “It makes it a lot easier for me to interact with the coaches about who is actually on their team. Before, I was sending a spreadsheet to every rec coach. They had access to see their roster in Korrio, but most of them wouldn’t use that. So I was sending them spreadsheets, and when a new player joined, I was sending another spreadsheet. Now, they actually use TeamSnap.”

Parents and families are also loving TeamSnap. With kids from all over the world, including many families who are not native English speakers, having a platform that is powerful without being complicated has made a world of difference.

“TeamSnap is attractive, easy to use, and simpler for parents whose first language isn’t English,” says Hunt. “The registration forms are just so bright and wide open, and really easy for people who struggled on other platforms.”

Thanks to TeamSnap’s reporting tools, Hunt has also streamlined her own processes, reducing the time it takes to process registrations and track payments. She knew TeamSnap would be easier for families, but she was thrilled to learn it was also easier for herself. “It changed my workflow, and that was a nice surprise,” she says.

After a year, Lake Hills Soccer Club is running much more smoothly and saving money with TeamSnap. Hunt only wishes they’d made the move sooner.

“A lot of coaches were already using TeamSnap before we switched, paying for it themselves. My job at heart is to support our volunteers so they can focus on soccer. Anything that makes it easier and more fun for them is my personal goal.” 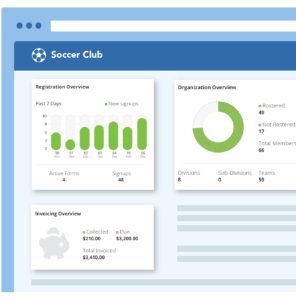