How to Turn Your Team Into the Next Cinderella Story

Everyone loves an underdog. Take Leicester City, for example. Just this past year, they shocked the world by overcoming 5,000 to one odds to win the Premier League. Cinderella stories not only inspire us—they surround us.

Want to turn your team into the next great story? Here are some tips. 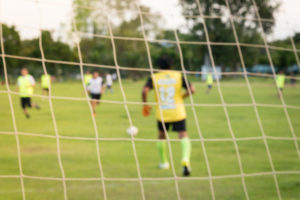 The best players spend more time on preparation than anything else. Take LeBron James, for example. At 32 years old, his body should be declining and his play should reflect that. However, he is currently playing the best basketball of his career, and he owes that to his preparation. He spends an incredible amount of time and money maintaining his body, but he also goes a step further. James demonstrates a better knowledge of opposing teams than anyone else, including the opposing teams themselves.

This is a great takeaway for young athletes everywhere: Doing the unlikely isn’t just about raw talent. It’s about preparation, before the game even begins.

Tom Brady doesn’t necessarily have the best arm in the league. He isn’t the most accurate quarterback, nor can he throw the ball farthest. He had to wait while 198 players were drafted before him. But Tom Brady is the best quarterback in pro football. Why? It’s because of his attention to detail and his focus on fundamentals.

Since Brady doesn’t have the strongest arm, he focuses on setting his feet perfectly every time to improve his accuracy. Since he can’t evade defenders effectively, he throws the ball as quickly as possible to avoid getting sacked. Since he doesn’t have the physical gifts some other players have, he focuses on perfecting his fundamentals. All that practice paid off, since Tom Brady is considered by many to be the best quarterback of all time.

Even when it looks like the odds are impossible to overcome, focus on the fundamentals. They can make a huge difference. Players need to believe in themselves in order to accomplish the impossible. Even those with less natural talent than others can excel when they’re confident in themselves and their team. For example, the 2004 Boston Red Sox became the first team in baseball history to come back from a three games to zero deficit and win a playoff series. They didn’t necessarily have a better team than their opponents, the New York Yankees. However, they managed to win because they believed in themselves.

Winning as an underdog isn’t just about overcoming impossible odds; it’s about trying your hardest, even when things seem impossible. Try these tips with your team!

Jack Ramos is a sales and marketing intern at TeamSnap. Jack studies international affairs at the University of Colorado at Boulder, where he will be a senior in the fall. Recently, Jack returned from a semester in Sevilla, Spain where he worked on his Spanish minor. In his free time, he enjoys soccer, golf, snowboarding and hiking.