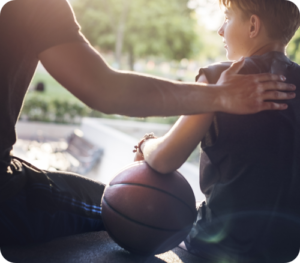 Hope and expectation are good things. As a parent, I never want to have low expectations of what my child can do and I always want to hope and believe that they can do what they set out to do.

But in the very emotional and competitive world of youth sports, expectations can take a poisonous turn. This happens when parents and coaches replace healthy hopes and beliefs with harsh and unrealistic demands.

If you have any of these expectations, it’s time to let them go:

I expect my child to play most of the time and get fair treatment.

It would be nice if things were always fair in youth sports, but unfortunately, that’s not always the case. At least, it may not look fair to you. From a parent’s perspective, fair is very subjective.

Your child’s coach is not just coaching your child; they are coaching a TEAM and their decisions should be based on what is best for the team. That may or may not mean your child gets a lot of playing time. In the younger ages, I hope that coaches are being fair and letting all play equally; but as your athlete grows and faces stiffer competition, that will not be the case. Playing time should be earned and not assumed.

I expect my child to always agree and get along with teammates and coaches.

Your child will have coaches and teammates they do not respect or like and when that happens, the goal for your child is to see how they can learn to get along and work with them anyway. Constantly running away from teams your child does not like will not help them learn to deal with adversity.

Of course, there are situations that are toxic and for the well-being of your child, it may be time to move on. But use that option sparingly.

I expect my child to not make childish mistakes in the game, and when they do, I expect them to quickly bounce back.

My husband, who coached high school sports for 29 years, joked that often his players had “brain farts,” another way of saying they made silly mistakes. Parents and coaches must accept that this is part of the game as players mature and learn to focus better.

Some kids may easily forget the mistake and move on, but others will let it affect their game moving forward because they are being so hard on themselves.

I expect my child will always get rewarded for their hard work.

Actually, this is an expectation that really can be met, but maybe not in the way you want it to. Your child may not get rewarded with playing time, their name in the paper, or an award at the end of the season. At some point, however, the hard work willpay off. That pay-off may be seen in the game or in your child’s character or in both. But persistence always bring some sort of reward.

Hanging on to expectations that your child should give their best effort and clinging to the belief that your child can succeed if they put their hearts and minds into it—this is the kind of support your child really needs to have from you each season.

Janis Meredith is a family coach who wants to help all parents raise champions. You can find out more at rcfamilies.com.