Sports and School Performance: How Exercise Helps Kids Do Better In School

When I started high school, there was nothing I wanted more than to join the swim team – really, any team, but my best friend was joining the swim team so I wanted to as well. No matter how much I begged, my mom still said “no.” Why? First of all, it would take my attention away from my schoolwork and ruin my all-important GPA, she said. Second, according to her, I would never be a good enough swimmer to really compete so why would I want to set myself up to fail? (But that’s a story for another blog on another day). 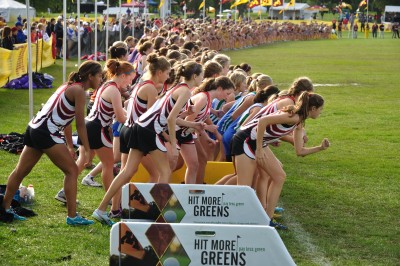 Granted, that was 1979 and my parents were German immigrants, but I’ll bet there were plenty of other academically minded parents back then who thought playing sports would result in lower grades and prevented their children from joining after-school teams. As the old ad slogan goes, “We’ve come a long way, baby!” – and studies are finally starting to validate the positive correlation between athletics and academics, with increased concentration and focus cited as the most obvious benefit.

The Legacy Charter School, a free, public charter K-10 school in Greenville, South Carolina, recently conducted a study that demonstrates the association between children’s fitness and their academic performance. The only school in South Carolina to provide 45 minutes of daily physical education (PE) for its students, Legacy’s students showed a 59 percent improvement in cognitive measures over a two-year period compared with students in two schools with a similar demographic that do not provide PE every day.

On the West Coast, Playworks is an Oakland, Calif.-based non-profit organization focused on making recess in low-income, urban schools a positive experience. Operating in nearly 250 urban schools, Playworks coaches run organized games and activities during school hours as well as Junior Coach Leadership opportunities and developmental sports leagues after school. Says Alison Townley, Executive Director Playworks East Bay, ““We have a waiting list of schools that want our coaches and programs because teachers, principals, students and parents see immediate results when there is an increase in safe, inclusive physical activity and play. In one of our recent studies, 81 percent of students demonstrated improved academic success after the introduction of our programs.”

Even neuroscientists have gotten in on the act, analyzing the specific effects of exercise on the brain. In experiments, the Society for Neuroscience found that “mice that used a running wheel had about twice as many new hippocampal neurons as mice that didn’t exercise.” What does that really mean? It disproves the old theory that the brain cells you are born with are the only ones you’ll ever have; the human brain can create new neurons – and exercise stimulates this process of “neurogenesis” as well as the growth of nerve cells in the hippocampus, the center of learning and memory.

A 2002 study performed by the California Department of Education found that there is “a consistent positive relationship between overall fitness and academic achievement. That is, as overall fitness scores improved, mean achievement (SAT) scores also improved.”

And, even more interestingly, when the study broke down results by gender, females who were physically fit showed greater improvements in academic achievement, including grades and standardized test scores, than their male counterparts. According to Andrew Schrage, founder of www.moneycrashers.com, who has written extensively on this topic, “There is much speculation as to why, but one theory is that a lower level of fitness has a disproportionately negative effect on girls’ self-esteem and subsequent performance in school.”

With so many schools across the country having eliminated PE due to budget constraints, it can be hard for kids to get the physical activity they need to stay fit in both body and mind. Hopefully, this tide is turning, thanks to the growing body of research that shows that kids who are physically fit do better in school. In its 2010 study, The Centers for Disease Control and Prevention recommends at least 60 minutes of daily physical activity.

So whether your child gets her 60 minutes at school – during recess and/or PE class – through after-school sports or independent sports leagues, it’s a critical component of her day, supporting her physical fitness as well as providing a foundation for academic success.

Emily Cohen is a freelance writer living in Berkeley, California. An avid tennis player and swimmer, Emily has a son who plays high school baseball and a daughter who plays on a Class I soccer team and middle school volleyball team. She has been a team manager for a number of her children’s sports teams. You can find Emily’s bi-weekly blog about team management and youth sports parenting here at tsblogadmin.wpengine.com. Check out the rest of Emily’s work at www.emily-writes.com or contact her at emily@emily-writes.com