A lens is a lens…

Has this has ever happened to you? You walk into a camera store and tell the employee that you would like to purchase a medium range telephoto zoom lens because you want to capture some action shots of your kid. The employee comes back with three options. All three lenses are brand new and all have the same zoom length. The first lens has a price tag of $1000, the second has a retail cost of  $500. The last option only costs $200! Why the difference in price?

There are a few main components that drive the price and value for lenses.

Before we proceed, here is a reminder for what aperture means in the photography world. Aperture is the the measure of how wide your lens can open and in a world where light is King, you can imagine how much more control you have when you can harness as much light as possible.

The first lens ($1000) has a fixed (I will explain what I mean by fixed in a bit) maximum aperture of 2.8. Remember that the smaller the aperture or f-stop number, the wider your lens opens up to allow in more light. It also means the lens itself will be physically larger to allow more space to capture that extra light. So why do photographers pay extra for this option? Two reasons. For low light photography, think night games and indoor sports, you will need that extra help to get enough light into your camera body. The second reason as it relates to sports is that a wider aperture allows for shorter depth of field. Depth of field means the ability to control how much the background is in focus. So for those two reasons, photographers open up their wallets a little wider.

The second lens ($500) has a fixed maximum aperture of f4. Still good but not as good as a f2.8 lens. One f-stop in the photography world is a lot more than you think. 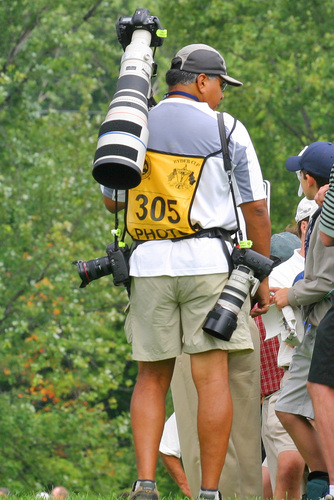 The third lens ($200) is a variable aperture lens. You will notice on the first two lenses, I referred to them as fixed. That means that whatever focal length (whether you are zoomed wide or long) , the lens will stay at that maximum aperture. A variable aperture lens changes the maximum aperture depending on how far out you zoom. Still with me? Let me give you an example to illustrate this option. You are photographing a swimming event and you have a 70-200mm f4 – f5.6 variable aperture zoom lens. At the start of a race, you are at the opposite end of the pool and you are zoomed out as much as you can (200mm). At this length, your lens will have a maximum aperture of f5.6. As the swimmer gets closer you pull back the zoom until you are back to 70mm. Now your lens can open up to the maximum f4 aperture setting. So how does this effect your camera settings? Since you are outdoors, it didn't really make a difference. However, let's say this race is happening in an indoor pool. That one f-stop might make a big difference. At the start of the race, the photos may be on the dark side and by the time you zoomed back to a wider angle, the lens opened up and the exposure was just about right.

So which lens is best for you? Ask yourself what you are more likely to photograph?  For instance, baseball and soccer mostly happens outdoors and during the light of day. Perhaps you can get by with a variable aperture lens. On the flip side, maybe your daughter plays indoor volleyball. In those cases, you may want to go for the fixed 2.8 lens for the ability to capture more light. Indoor gymnasiums are notorious for having bad lighting for photographers unless you are shooting on the collegiate or professional level. Believe me, that extra f-stop makes all the difference in the world. 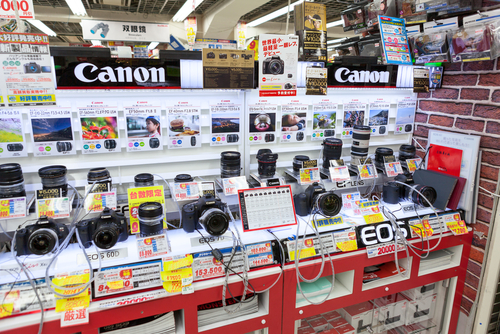 I want to take a few minutes to also talk about the length of your lens. As you probably have already figured out, the larger the mm number, the further you can reach out onto the field. A 50mm lens is considered close to what the human eye can see if you don't count peripheral vision. To give you some perspective, a professional sports photographer might use a 400mm or a 600mm lens to photograph a football game and then they use things called extenders to push the focal length out to about 800mm or 1200mm. Those are pricey lenses especially when they have a maximum aperture of f2.8. Pros pay top dollar for those pieces of glass. I only tell you this not so you can feel inadequate, but to just give you some perspective. The 70-200mm lens is very popular and can be affordable depending on the maximum aperture. A 70-200mm 2.8 will be more expensive than a 70-200mm variable aperture lens (f4-f5.6). It is all about what fits your budget and needs. Knowledge is power and now you have a bit more information before approaching that camera counter. Enjoy.