Your Brain Needs You To Exercise, Too

The long list of health benefits from exercise keeps growing.  Whether it’s cardio from a long run or resistance training from a weight room workout, new research shows that even our brain benefits from a little sweat.  More importantly, doing nothing at all can change our brain in a way that can actually lead to heart disease.

First, the good news about exercise and the brain: getting up and moving gets our blood pumping, providing more oxygen to our brain.  But along with the better circulation, a chemical known as brain-derived neurotrophic factor, or BDNF, is also produced.  John Ratey, an associate professor of psychiatry at Harvard and author of the book, "Spark: The Revolutionary New Science of Exercise and the Brain,” has a unique name for this chemical: 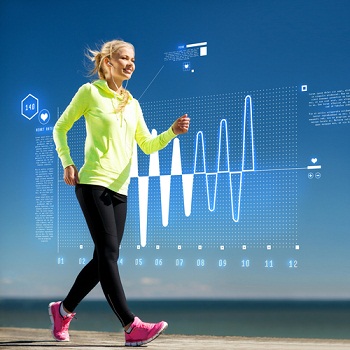 "I cannot underestimate how important regular exercise is in improving the function and performance of the brain," Ratey writes. "Exercise stimulates our gray matter to produce Miracle-Gro for the brain."

Our exercise produces a specific protein, IGF-1, which signals the brain to produce more Miracle-Gro, aka BDNF, helping grow neurons and the connections between them.  Other neurotransmitter chemicals are also released, sending the brain into overdrive.

"Dopamine, serotonin, norepinephrine — all of these are elevated after exercise," said Ratey. "So having a workout will help focus, calming down, and impulsivity — it’s like taking a little bit of Prozac and a little bit of Ritalin."

Recently, researchers at Queen’s University in Canada put this theory to the test by asking a group of volunteer adults, ages 60-77, to first do some strength training, followed quickly by cognitive training. They wanted to see if the extra BDNF in the bloodstream actually helped the brain perform better on mentally challenging games.

After just eight weeks of doing a series of resistance training workouts followed by brain training, the group showed both an increase in BDNF in their bloodstream and a significant improvement in their attention, reaction time, short and long term memory.

Then, there’s the bad news.  If you are a couch potato, not only do you lose the BDNF benefits, but you may also cause your neurons to morph into a new architecture.  We know from prior research that the brain remains malleable throughout our life, a process called neuroplasticity.  The network web of millions of neural connections adapts to our experiences, our diet, and our level of activity.

Physiology researchers at Wayne State University published a study in late 2013 on their work with rats and exercise.  Because of their physiological similarities with humans, rats make good research subjects as the findings are usually relevant to how our own brains react in similar situations. 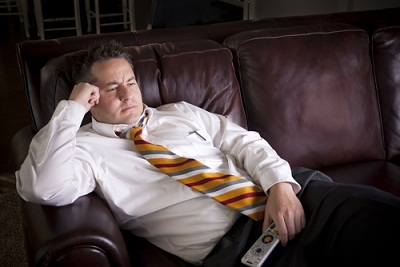 They divided a group of rats into two groups: those that had awesome running wheels in their cages, and those that had nothing.  Since they love to run, the rats with the wheel were using it every day, while the others had no form of exercise.  Using a special dye injected into a specific part of the rats’ brains, the researchers were able to track changes during the experiment using brain imaging systems.

There is a specific region of the brain that controls our sympathetic nervous system, which manages important, automatic processes like breathing and blood pressure.  If neurons controlling this system overreact or misfire, then a chain of events occurs, causing high blood pressure and even heart disease.

After 12 weeks, the brains of the running rats showed no changes.  However, the neurons controlling the automated processes in the sedentary rats had changed shape and grown many new branches, called dendrites.  This increase in possible connections with surrounding neurons can disrupt our internal thermostat, controlling blood vessel constriction, and leading to changes in blood pressure.

The researchers concluded that inactivity sets in motion a series of physiological changes that start with the neuro control center in our heads.

As usual, the bottom line is the same: for better health, especially in your brain, get up and get moving.