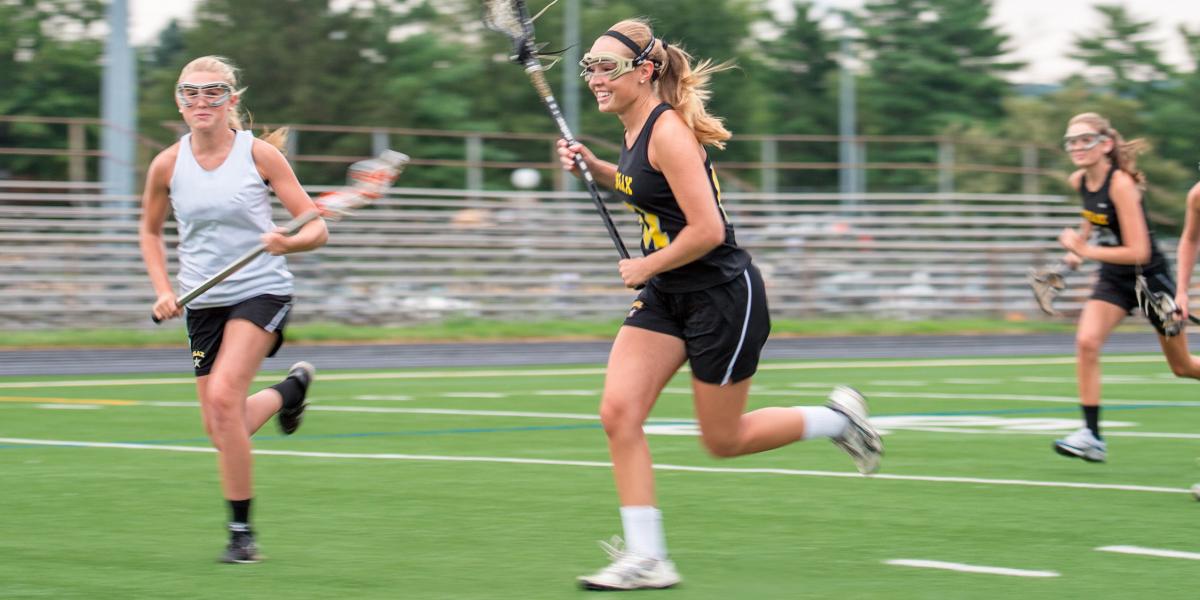 The Belles Lacrosse Club trades a registration nightmare for a dream

Just outside Philadelphia, Kennett Square is known for more than its proximity to the City of Brotherly Love. Producing roughly 60% of the country’s mushrooms, it more than deserves its nickname as the Mushroom Capital of the World.

A relatively new club with 140 players ranging from 11 to 17 years of age, the Belles Lacrosse Club provides its players the opportunity to grow as athletes and individuals, all while fostering a love for the game.

“At the lower levels, it’s really about lacrosse as a sport and building team concepts. They want to win, obviously, but it’s about creating a core group of kids who want to stay together and play the sport for years to come,” explains Eric Anthony, who volunteered to get the club up and running outside of his full-time work in financial services. “At the older ages, they’re working on recruiting efforts and getting kids ready to play in college.”

The 7-team club competes in top tournaments across Maryland, Delaware, and its home state of Pennsylvania.

A change of ownership

When the current club owners took over Belles Lacrosse, there was a lot of work to do and not a lot of time to do it. Knowing Eric’s experience with other lacrosse clubs, they reached out for his help.

“One of our biggest challenges was registration,” says Eric. They were importing from one form to another, reconciling fields in a variety of formats and manually validating entries. “It became a total nightmare.”

Communicating with players and teams was another challenge. “All of our communications were going through Gmail and there were always some recipients who never got the message.” Whether out of date or just incorrect, ensuring they had the right contact information was always a struggle. It made getting the word out on game day unreliable.

Dealing with separate tools for every aspect of running a club also created additional work and headaches. When Belles Lacrosse was looking to update its website, they explored their personal networks and countless vendors. Nothing delivered a hassle-free site backed by a dedicated support team.

The Belles Lacrosse Club needed an easier registration process, and that started with a single, integrated tool. From building custom fields to collecting and managing player information, it had to be seamless—so it had to be TeamSnap.

“I’ve been using TeamSnap off and on for six years, first as a parent for my son’s lacrosse program, and now that I’m more involved, for three different clubs,” says Eric. “Before, with the registration process, it was frustrating. It was completely inefficient. Now, having a single registration point integrated with TeamSnap is huge.”

And Eric was thrilled to learn that TeamSnap integrates with the US Lacrosse registration database. “Having that integration—knowing they’re registered—is awesome!”

Managing registration through TeamSnap had other impacts. For one, it meant that player or parent contact information came straight from the source. “Using TeamSnap as a central point makes more sense because parents can update their information directly. So on a tournament day, we’re able to send a message to let players and families know where we’re set up, what field we’re on, etc … everybody is getting thatsame message.”

And that integration extended to other areas of the club, like the team website. “There are hundreds of web companies out there. Having the single point of integration—the schedule integration, the registration integration—I think it’s huge.”

A great start is only the beginning

Like many new clubs, Belles Lacrosse was starting from square one and had a mountain of administrative tasks to scale. Whether it was getting a registration process in place, porting player details from one format to another, or communicating last-minute schedule changes, before TeamSnap each step felt piecemeal and fragmented. “We were just starting out and put it together rather hastily. We dealt with what we had,” says Eric.

With TeamSnap for Clubs & Leagues, they now have a single platform to simplify everything from registration and payments to communication and scheduling. They’re also adding new TeamSnap products to manage their club, like using Website Builder to get their website up and running and TeamSnap Tournaments when they hold their first-ever charity tournament next year.

“Going forward, it’s going to be a lot simpler with TeamSnap. The single point of integration is going to be great. We’re pulling directly from the TeamSnap registration site into the TeamSnap page or league. It’s huge.”