All / Customer story / Supporting a governing body’s mission of… 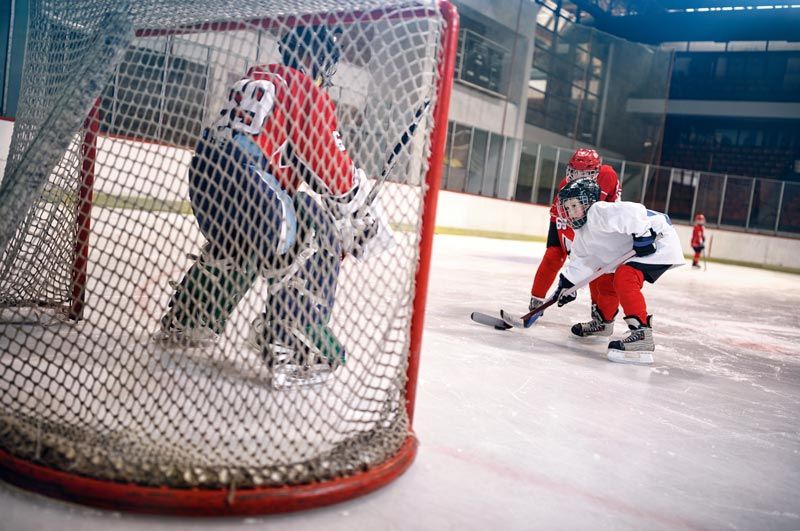 Supporting a governing body’s mission of growing the game

Youth hockey is a big deal in Calgary. How big? Try nearly 15,000 players spread across 750+ teams. But as big as hockey is right now in Calgary, the program leaders have even grander ambitions to grow the game across the city.

To meet those goals, a dedicated team is using their collective passion and smarts—along with an assist from their technology partner, TeamSnap.

“Rostering went from my biggest headache to a simple, seamless task.” — Pam Douglas

A change needed to happen

Pam Douglas, coordinator for registration and administration with Hockey Calgary, faced a huge task. The regional governing body oversaw a huge community of hockey players and leagues. “When I started this process, we had more than 20 different associations, using 8 different systems,” Douglas says. “It was terribly time-consuming to work through all the different programs and workflows.”

A background in project management and passion for organizational optimization led her to push for change.

But she faced pushback. “Many of the registrars have been around and have a system that works for them,” Douglas notes. “People can be resistant to change and like to work in ways that feel familiar.”

At the time, Hockey Canada, the national governing body, was piloting a program with TeamSnap using two of hockey Calgary’s larger associations. This pilot program was key to getting others to buy in.

“As a governing body, we don’t want to be the overlord. We want them to feel good about changes we make,” Douglas notes. “Once the big associations had success, even the most hesitant associations could see the benefits of a centralized program with TeamSnap.”

Despite the initial hesitation from the associations, there were immediate improvements for everyone involved.

As the person tasked with roster compliance, Douglas appreciates having everyone a single system. “Before there were 8 different systems, some even were using paper and pencil,” she laments. “But now all of our programs are using the same system and that is such a dramatic improvement in our workload.”

“Rostering went from my biggest headache to a simple, seamless task,” Douglas notes. “It’s literally drag and drop for the associations. It couldn’t be any easier.”

As both an admin and a parent of a kid in the program, Douglas also appreciates how TeamSnap streamlines communication.

“We run an admin group with all of our association presidents, and we use the messaging function to send out updates and share news,” Douglas says. “That means no more needless emails and trying to figure out where the right information lives.”

Outside of the admins, the parents are loving how simple TeamSnap makes it to keep in touch. “Sometimes parents, especially those new to hockey, can have a hard time getting up to speed and connecting with other families,” Douglas points out. “But the messaging functionality and app make it so easy for parents to connect and create a larger hockey community.”

Growing the game in the community

One of Hockey Calgary’s missions is growing the game, especially in communities that don’t traditionally try out hockey. That’s why they partnered with the local NHL team, the Calgary Flames, to create the Junior Flames program.

The program debuted in 2022 with enormous success. “We had 450 kids come out and try hockey for the first time,” Douglas says. Of those kids, every single one of those kids registered for a local association after the Junior Flames program was done.

“Think about that. Many of those kids would not have tried hockey, but now they’re signing up for teams and we’re growing this amazing sport,” Douglas says. “We would never have been able to pull all that off without TeamSnap helping us out.”