No, seriously, it’s good for young brains to climb trees, jump on rocks, balance on a log and many other outdoor activities. Known as proprioceptive tasks, when kids do movements that force them to be aware of their body’s position in space, it forces their brain to multitask and rely on working memory.

According to a new study out of the University of North Florida (UNF), the improvements to working memory capacity are impressive, beating out more static activities like yoga or sitting in class. 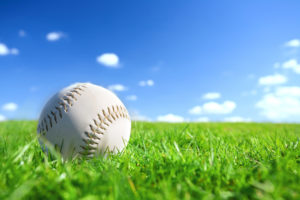 Proprioception not only helps us in sports but also in everyday real world situations. A football wide receiver diving to make a catch or a gymnast landing a complicated aerial movement have advanced levels of proprioceptive skills to help them control and move their limbs through space. In the same way, walking to the bathroom in the dark in the middle of the night requires a sense of where we are compared to our memory of objects in the room (which explains bumping into things in an unfamiliar hotel room.) Actually, the “touch your nose with your finger” drill that police officers put suspected drunk drivers through is a test of proprioception.

Ross Alloway, PhD and Tracy Alloway, PhD, psychology researchers at UNF, wondered if this type of active movement could actually help build working memory. They gathered 65 adult volunteers and split them into three groups. First, their working memory was tested using a reverse digit recall task where a series of numbers was read to them and they had to repeat them back in reverse order. They started with two numbers, but then progressed to longer strings of numbers.

After the baseline memory testing, one group spent the next two hours doing active proprioceptive activities like climbing trees, walking across a 3 inch wide beam, running barefoot while avoiding obstacles and lifting and carrying objects that were awkwardly weighted.

The other two groups were for control purposes: one sitting in a classroom learning a new topic (to see if the process of learning improved working memory) and the other doing yoga (to see if a more static, stretching physical exercise helped memory.) After re-testing all three groups again, the results were impressive. The active group improved their working memory by 50% over their baseline in just two hours. The other two groups did not show any significant gain in memory ability.

Their study has been published in Perceptual and Motor Skills.

“This research suggests that by doing activities that make us think, we can exercise our brains as well as our bodies,” said Dr. Alloway. “This research has wide-ranging implications for everyone from kids to adults. By taking a break to do activities that are unpredictable and require us to consciously adapt our movements, we can boost our working memory to perform better in the classroom and the boardroom.”

Improving working memory has also been shown to help in many different sports.  So parents, kick those kids outside, take them to the park, or just let them loose in the forest.  They’ll have fun and the benefits will be both mental and physical.