Why is Weight Management Harder Today Than it Was 30 Years Ago?

The well-known formula for how to lose weight seems like simple math: calories in minus calories out. Yet anyone who has struggled with weight loss knows that there must be something missing. Despite reducing food intake and picking up the duration and intensity of workouts, it sometimes seems like a losing battle. 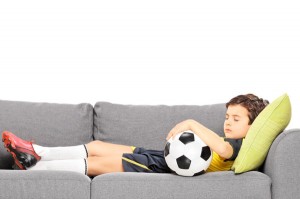 Sure enough, researchers at York University have discovered that we’ve oversimplified the formula and are not considering several variables, some of which are out of our control.

Using 37 years of historical dietary data and 18 years of physical activity data from the National Health and Nutrition Survey, they realized that for a fixed amount of calorie intake and physical exercise, adults are getting heavier now than they were in the 1970’s and 80’s.

“Our study results suggest that if you are 25, you’d have to eat even less and exercise more than those older, to prevent gaining weight,” said Professor Jennifer Kuk of York’s School of Kinesiology and Health Science. “However, it also indicates there may be other specific changes contributing to the rise in obesity beyond just diet and exercise.”

After analyzing the self-reported dietary data of 36,400 American adults and the exercise logs of 14,419 adults, the researchers compared these habits to each person’s reported body mass index. Over those three decades, BMIs increased for the same amount of food and exercise. Clearly, there was something else happening in our environment and lifestyle to tack on those extra pounds.

“We observe that for a given amount of self-reported food intake, people will be about 10 per cent heavier in 2008 than in 1971, and about five per cent heavier for a given amount of physical activity level in 1988 than 2006,” said Ruth Brown, a graduate student at York and the lead researcher. “These secular changes may in part explain why we have seen the dramatic rise in obesity.”

The research has been published in Obesity Research & Clinical Practice.

These other contributing factors could include medications, pollution, gut health, sleep habits and our busy, interrupted schedules that affect when and how fast we eat. Just eating less and moving more is too simplified and misleading, according to Dr. Kuk. 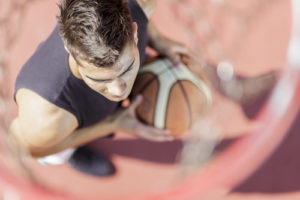 “This is because weight management is actually much more complex than just ‘energy in’ versus ‘energy out,'” says Kuk. “That’s similar to saying your investment account balance is simply your deposits subtracting your withdrawals and not accounting for all the other things that affect your balance like stock market fluctuations, bank fees or currency exchange rates.”

More research is needed to understand and isolate these other causes. In the meantime, we will have to accept the fact that managing our weight and health is more challenging than we thought, involving our entire environment. Eating healthy and working out still matter in the long run, so don’t get frustrated.