Let Your Players Be The Coach

Coaches should coach and players should play. That line in the sand is usually drawn at the beginning of a new youth sports season so that kids, especially grade school age kids, understand their role and that their coach is the leader and teacher.  They are taught to listen, absorb, and use the knowledge that the coach is providing so that they learn how to play the game better.  But, is that one-way communication path really the best way to teach? Would it help young athletes to learn if they were asked to be the coach, just for a little while?  New child development research has found that the power of explanation improves how kids understand a new concept. 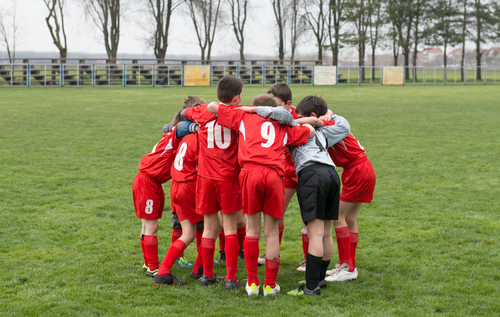 My favorite example from my soccer coach/dad days was introducing the mysterious and perplexing offsides rule to 8 year olds.  No matter how many times I repeated, “No, it’s when the player passing the ball kicks it, not when the player receiving the ball gets it,” their evolving concept of space and time couldn’t quite get a grip on when to make a run past the last defender.  So, desperate to get this message across at our last practice before our first game, I asked each player to be the coach and explain offsides to the team.  After each attempt, I let them know if they were right or wrong, then let the next player take a shot at it.  By the fifth player, we got it right. Then, the remaining players explained it in their own words to be sure we had a consensus.

Tania Lombrozo, an associate professor of psychology at the University of California - Berkeley, has been trying to explain why explaining works.  At her Concepts and Cognition lab, her team has been searching for reasons why, over and over, learners who verbalize what they know on a subject to fellow students show better and longer-term mastery of the lessons.

“Explanation and learning are intimately related. We not only learn by receiving explanations, but also by generating explanations, whether for oneself or for someone else,” writes Lombrozo. “Explanation is at the core of basic cognitive processes like learning, inference, and categorization. Anyone who’s ever tutored, taught a course, or simply explained something to a friend has had the experience that explaining can lead to greater understanding.” 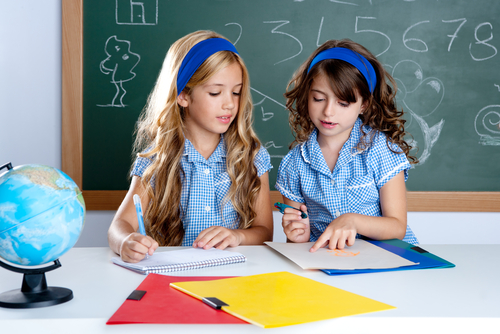 In a recent set of experiments Lombrozo, along with Cristine Legare, assistant professor of psychology at the University of Texas, showed a group of 95 kids between the ages of 3 to 5 (brave researchers!) a mechanical toy in action and asked half of them to explain how the toy worked and the other half to just observe it.  The kids saw that by turning a crank, a fan on the toy would also turn.  The observation group was told, “Let’s look at this,” while the explaining group was asked, “Can you tell me how this works?”  Their verbal responses were judged whether they actually sounded like attempts at explanation.

Next, hidden from the kids, a key part was removed from the toy.  Both groups were shown the broken toy and a set of different parts, some the same shape but different size or color, and asked, “Can you point to which one of these parts you think will make it work?”

Sure enough, the kids in group that was asked to explain how the toy worked were able to identify the right missing part significantly better than the observation group.  In an interesting twist, it was shown that the “explainers” were not just paying more attention. When asked the color of the missing part, they actually performed worse than the “observers.”

Their research will be published in the Journal of Experimental Child Psychology.

“The data suggest that the benefits of explanation are indeed selective,” concluded Lombrozo. “Although children prompted to explain performed better on measures of causal learning, they performed significantly worse when it came to non-causal learning. This suggests that effects of explanations did not result from an indiscriminate increase in attention or engagement, but rather were a consequence of the specific processes invoked through explanation.”

School teachers have used this technique for years, asking students to “come up to the chalkboard” to verbally work through a math problem or explain a theory. Sports is just one more subject for kids to learn, whether it be skills, tactics, or rules.

So, coaches, teach your athletes a concept, but then test their understanding by giving them the whistle and whiteboard for a while.  You’ll be surprised by what they learn!