For elite team coaches, the logic seems straightforward - stack your roster with the most skilled individual players for the best chances at a championship run. Surely, according to Aristotle, if “the whole is greater than the sum of its parts,” then starting with the most talented parts will yield team synergy. However, some notable recent examples, like Spain’s national team in this year’s World Cup or the Houston Texans, who paid a league worst $61 million of player salary per win in 2013, require some explanation. Researchers from INSEAD and Columbia University just released their extensive data analysis of World Cup, NBA and MLB teams trying to find out if there is such a thing as a team with too much talent.

For sports that require interdependence, player egos need to take a back seat to team chemistry. Unfortunately, ego is a common trait for superstars and their individual glory often trumps teamwork.

“Status competition within teams can lead individuals to focus their attention on jostling for intragroup rank rather than on directing their efforts towards coordination and team performance,” wrote INSEAD Professor Roderick Swaab. “Indeed, status competition can lead individuals to actively undermine fellow members’ efforts so as to advance their own standing within the group hierarchy.”

Of course, all teams require some talent to succeed, but Professor Swaab was curious about the break-even point when an abundance of star players begins to have a negative return on team performance. He and his team looked at three sports: soccer, basketball and baseball. The first two require a high degree of synergy and in-game cooperation, while baseball is often considered ‘‘an individual sport masquerading as a team sport.”  Swaab hypothesized that performance on interdependent teams in soccer and basketball would suffer from a saturation of talent, while an individual sport could not only handle, but thrive on a roster of All-Stars.

First, they tested the basic premise that most people agree that “more is better” when it comes to talent. They asked 37 volunteers to play soccer coach of an All-Star national team and pick their starting 11 team from a pool of both top players (top players were noted by two stars next to their names) and regular players, as defined by whether they played for an elite club (according to the Deloitte Football Money League rankings).  Then they were asked how well they thought their team would perform. On average, the volunteers picked elite players for 10 out of 11 roster spots and the more talented their team, the better they thought the team would do. 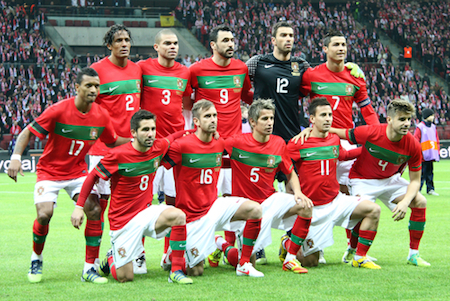 s packed with talent, the better they will do," explains Swaab.

Next, using the same definition of top talent, they looked at over 200 national soccer teams who went through the qualification process for the 2010 and 2014 World Cups. They calculated the percentage of each team that consisted of top players and compared that to the team’s success as defined by the FIFA team rankings during each qualification period.

Certainly, those teams with more talent ranked higher, but only to a certain level. Once the roster had more than 60% top players, the performance and ranking began to decrease.

To verify this finding, the researchers used ten years of NBA statistics from 2002 to 2012. Elite players were defined by using the Estimated Wins Added (EWA) stat, which captures a player’s overall contribution to the team as it gives the estimated number of wins a player adds to a team’s season total above what a 'replacement player' would produce. Those players in the top third of all players in EWA were deemed to be top talent.

Again, comparing the percentage of each team’s roster that was elite with the overall team performance, in this case defined by the season win percentage, the researchers found a point of diminishing return as talent increased. Once elite players accounted for more than 55% of the team, win percentage began to decline.

"Our latest research documenting a 'too-much-talent effect,’ reveals that for teams requiring high levels of interdependence, like football and basketball, talent facilitates team performance… but only up to a point,” said Swaab. “Beyond this point, the benefits of adding more top talent will decrease and eventually hurt the team performance because they fail to coordinate their actions."

Finally, to check their interdependency theory, they did a similar analysis for Major League Baseball players. Similar to the NBA data, a player’s performance was tracked for ten seasons, 2002-2012, and measured with the Wins Above Replacement statistic. Players in the top third of that stat were deemed elite.

Again, team win percentage was used to measure success as a club. However, for baseball, a sport that relies less on team interaction, there was no decline in win percentage as the percentage of great players increased. For baseball and individual sports, the more skill, the better.

This lesson in group dynamics was learned well by the Netherlands national soccer team leading up this year’s World Cup, according to Swaab, “Indeed, Louis van Gaal (Netherlands manager) made a bold move when he took over as coach of the Dutch national team following the 2012 European championship: he completely reassembled the team and reduced the percentage of top-talented players from 73% to 43%. His actions suggested that he understood the too-much-talent effect that we have documented here. The Dutch qualified for the 2014 World Cup without losing a single game.”

So far, so good for the Dutch! While Spain, the most expensive team in terms of player value at this year’s tournament, have already been eliminated. Time will tell which team is the most talented whole, rather than a collection of elite parts.