If there is one thing that Charles Hillman wants parents and teachers to understand, it is the power of aerobic activity to improve the brains of young children.  From his Neurocognitive Kinesiology Lab at the University of Illinois, Professor Hillman has produced study after study showing not only cognitive improvement in the classroom but also the brain’s physical changes that occur when kids become more fit.  His latest research, in collaboration with postdoctoral researcher Laura Chaddock-Heyman and Arthur Kramer, Professor of Psychology and Neuroscience, reveals more compact white-matter tracts in the brains of a group of 9 and 10 year olds who were in better shape than their peers.

Made up of bundles of axons and glial cells, the brain’s “white-matter” gets its color from the myelin sheath that coats the cells, much like the plastic coating on electrical wires. Like a computer network, think of these tracts as the cables that connect different sections of grey matter (the computers) throughout the cerebrum.

Previous research has shown that white-matter is constantly evolving as we learn new tasks, even into adulthood after grey matter has stopped growing.  Having more white-matter helps us with memory and learning later in life, so kids can benefit from finding ways to expand these network paths when they’re young. Physical activity pumps up the heart and muscles but has also been shown to provide great benefits for the brain. 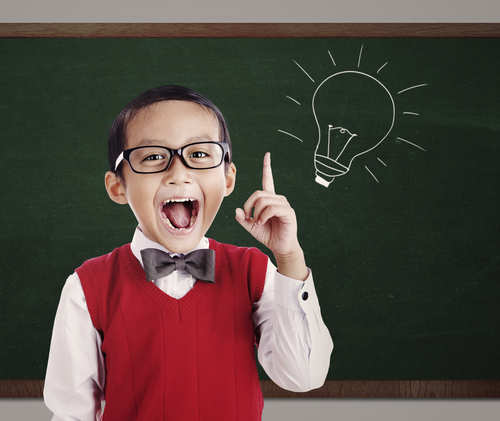 To test this, the researchers gathered 24 kids, aged 9 or 10, and tested their fitness levels using VO2 max assessments on the treadmill.  Once divided into high and low fitness groups, the brains of the kids were scanned using diffusion tensor imaging (DTI), a type of MRI that analyzes water content in human tissue. The less water found in the white-matter tracts, the more dense and compact the axon cells, which leads to better brain functioning.

As expected, the brains of the more fit kids showed this higher density and volume of white-matter along several different cognitive “highways”, including the corpus callosum (connecting the right and left hemispheres), the superior longitudinal fasciculus (connecting the frontal and parietal lobes), and the superior corona radiata, (connecting the cerebral cortex with the brain stem.)

While this discovery of correlation between fitness and white-matter answers some of the researchers questions, they would like to continue to observe this relationship over a period of time.  As part of a five-year longitudinal study, they hope to follow the same kids as they mature into their teen years to track their fitness, cognitive performance and changes in their brain’s structure.

"Prior work from our laboratories has demonstrated both short- and long-term differences in the relation of aerobic fitness to brain health and cognition," Hillman said. "However, our current randomized, controlled trial should provide the most comprehensive assessment of this relationship to date."

For parents, it's just one more reason to keep our kids active and in shape.  It can only help down the road when our own brains need to be taken care of by them!