Neuromuscular Training Program Can Reduce ACL Injuries In Athletes By 63%

It’s an unmistakable sound that no athlete wants to hear.  First, a “pop” like a rubber band snapping, followed by a pain described as being stabbed in the knee.  In fact, athletic trainers often ask an injured player on the field if they heard a “pop.” If they did, chances are the anterior cruciate ligament (ACL) has suffered serious damage. As one of the four major ligaments holding the knee together, it is the most well-known due to the number of big name athletes it has sidelined, including Derrick Rose, Rob Gronkowski, and Lindsey Vonn.  In the NFL last season, 57 players went down with ACL tears, while 61 had the season-ending injury the year before.  With over 100,000 occurrences each year in the U.S., researchers have turned their attention to possible prevention programs that may prepare not only an athlete’s legs, but also their brain, on how to manage their body in motion.

Unlike other sports injuries, such as concussions or broken bones, about 80% of ACL tears happen without physical contact with another player.  Rather than just running in a straight line, when an athlete needs to change directions quickly or land from a jump, an unexpected twisting motion of the knee can stretch and possibly tear the ACL and/or its partner on the opposite side of the knee, the medial collateral ligament (MCL). 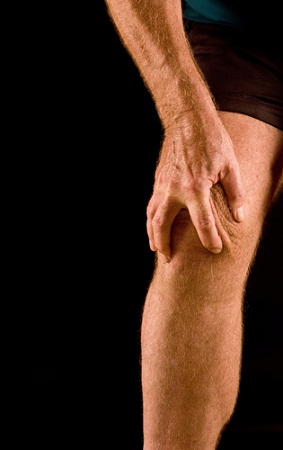 To try to identify any similarities in athletic motion that causes this twisting, Dr. Robert Litchfield, medical director of the Fowler Kennedy Sport Medicine Clinic at the University of Western Ontario, reviewed video of athletes across sports immediately before their injury occurred.  He found a common body motion typically caused by a reaction to an opponent’s movements.  “They throw it [the injured limb] out to the side, and they try to make an upper-body move where they move away from the side that they’ve just planted,” he told Grantland. “And they get to what we call a `point of no return.’” At the last second, their eyes and brain change their instructions to the body, but the physics of the movement are too much for the ligament to support, ending in the snapped ACL rubber band.

Short of building a more flexible ACL or preventing athletes from getting bigger and faster, the one hope for reducing knee injuries is preventative training programs.  While the four knee ligaments are “static” stabilizers, the surrounding muscles and tendons of the upper and lower legs, including the hips, act as dynamic stabilizers that can reduce the force on the knee.  By training our brain to subconsciously use these other muscles and joints to absorb these sudden movements, athletes can take the load off of their knees.

One of these neuromuscular training programs, the Prevent Injury and Enhance Performance program (known as the PEP program), was developed by the Santa Monica Orthopaedics and Sports Medicine Research Foundation. Taking just 15-20 minutes per session three times per week, it includes exercises for warm-up, stretching, strength, plyometrics (jumping), and agility. 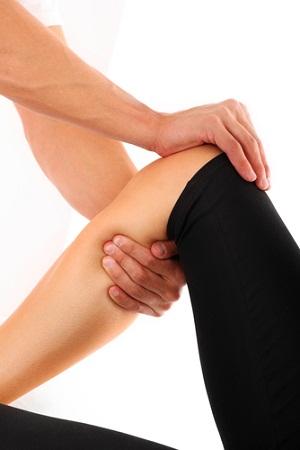 At the 2014 Annual Meeting of the American Academy of Orthopaedic Surgeons, new research was presented showing that this type of neuromuscular training for young athletes is an effective and inexpensive way to reduce ACL injuries.  The study authors created a model based on data from recent clinical trials to test young athletes between the ages of 14 and 22.  They found that including an exercise program like PEP could reduce ACL injuries by 63%.  Better yet, the cost of the program, including coach and player instruction, would only be about $1.25 per day, as opposed to an ACL reconstruction surgery costing $5,000-17,000.

"While we were not surprised that training was more cost effective than no intervention, we were impressed at the magnitude of the benefit," said Eric F. Swart, MD, lead author of the study and an orthopaedic resident at Columbia University Medical Center in New York. "According to our model, training was so much less expensive and so much more effective than we anticipated. In addition, fewer players injured mean fewer surgical reconstruction procedures, which also saves money. The research suggests that widely implementing a universal training strategy could actually pay for itself in terms of injuries prevented and surgeries avoided, which makes a very appealing case for primary prevention."

While no training program can completely prevent injuries, one with this type of success is an economical way to keep players on the field and avoid that dreaded “pop.”