The Evolution of the Big Athlete

As a sports parent, you’ve checked everything off the must-do list to prepare your budding superstar for greatness. You’ve paid for private lessons, bought the right gear, placed them on the “right” teams and taught them everything you know about their sport (even if you never played the game). With their practice-ometer almost halfway to 10,000 hours, it’s just a matter of time until you’re taping all of those college scholarship letters to the fridge. But, despite all of those efforts, one factor that can’t be bought still matters - size.

Over the last several decades, the size and shape, as well as the screening and selection of top athletes has evolved to be more specialized. David Epstein, author of The Sports Gene, likes to call this evolution the “big bang of bodies”, noting that in the 1920’s the average sized person could excel in many different sports. 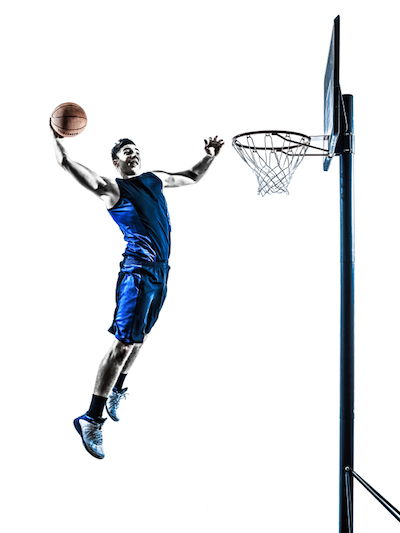 “As financial incentives and fame and glory for elite athletes skyrocketed, it accelerated the artificial selection for specialized bodies,” said Epstein in a recent TED interview. “Athletes’ bodies became much more different from one another … The large got larger, the small got smaller, and the weird got weirder.”

To emphasize this point, the folks at SportChart posted an amazing graphic this week showing the average height and weight of pro athletes by sport and by position alongside the average measurements for a 20-year-old American man.  While there’s some hope for hockey players or a non-pitcher baseball player, playing in the NBA or the NFL almost requires a body frame that is substantially taller and larger than the mean. In fact, according to Epstein, for a man living in the U.S. who is over 7 feet tall, there is a 17% chance that he is currently playing in the NBA.

Not only is pure height important in the NBA, but also wingspan.  The standard benchmark for the average human is that the fingertip-to-fingertip horizontal length of his outstretched arms equals his height, a 1 to 1 ratio.  But an analysis by Epstein of NBA players showed an average length to height ratio of 1.06. That means a 6’ 8” player has a wingspan of 7’ 1”. He also found that this advantage had a direct correlation to increased offensive rebounds and blocked shots. 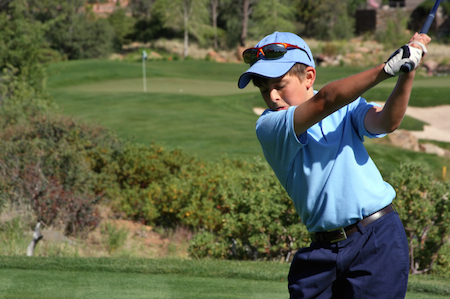 Still not convinced?  Researchers at Duke University have been studying the ever-growing athlete for over ten years.  To start, they collected the heights and weights of world record holders, since 1900, for 100m swimmers and 100m sprinters. They found that over the last century the champion swimmers had grown over 4.5 inches and the fastest sprinters were 6.4 inches taller. During the same time span, the average human gained only 1.9 inches in average height.

Historical height of baseball players has shown a similar pattern. “The average height of the pitchers active at least one season has increased almost at a constant rate during the past century from five foot, nine inches to current levels,” said Adrian Bejan Ph.D., professor of engineering at Duke.

Even in golf, not known for demanding impressive size, they found that the PGA golfers in the top 10 of driving distance were an average 2.5 inches taller than those in the bottom 10. “This suggests that height plays a definite role in the success of an athlete in golf,” Bejan said. “The increase in driving distance with body mass is due to the fact that larger moving bodies are capable of exerting greater forces.”

Of course, there are always exceptions and great stories of undersized athletes succeeding in their sport. If nothing else, knowing the odds are stacked against your normal-sized young athlete helps put future prospects in perspective, allowing both of you to enjoy the game.