World Cup’s New Brazuca Match Ball Will Be a Hit

At the center of all of the 2014 World Cup hysteria will be the one object that can make or break the dreams of players and their countries - the actual, official, FIFA-approved match ball. As usual, it comes from Adidas and has a unique name, Brazuca, which, according to FIFA, is an informal, colloquial description of the Brazilian way of life. Its got colorful swirls and a price tag of $160, but what players are most interested in is its physics - does it bend, swerve, sink or fly straight when in the air. To find out, two different research teams put it to the test with kicking robots, wind tunnels and real humans. The bottom line - goalkeepers will like this ball better than its 2010 predecessor.

In the never ending quest to design a ball that pleases everyone, Adidas has cycled through four different configurations in the last eight years. First, there was the Teamgeist ball, made of 14 panels instead of the traditional 32; it debuted at the 2006 World Cup and was used in different variations through the 2008 Euro Cup and Olympics. For the 2010 South Africa World Cup, the Jabulani ball was unveiled with just eight thermally bonded panels. At the 2012 Euro Cup and the 2013 Confederations Cup, FIFA chose a 32-panel ball known as the Tango 12 (original design) and Cafusa (slight modifications), respectively.

Never a company to miss a marketing opportunity, Adidas submitted a new six-panel design to FIFA for the World Cup in Brazil.  After testing by over 600 professional players on 30 teams in ten countries across three continents, FIFA gave its seal of approval making the Brazuca the most tested ball in the history of Adidas. 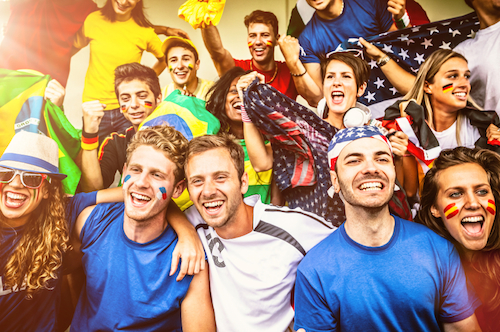 After considerable criticism from top goalkeepers around the world, Adidas decided to drastically change the outside surface of Brazuca to reduce the unpredictable flight path of its predecessor.

"The Brazuca has very deep grooves -- it's much rougher than Jabulani -- and this creates a different pattern of airflow around the ball," said Professor Derek Leinweber, Professor of Physics in the University of Adelaide’s School of Chemistry and Physics.

Along with PhD student Adrian Kiratidis, Dr. Leinweber has been studying soccer ball physics for the last three World Cups. In a recent video, they discuss their current findings on the Brazuca.

"The Jabulani was much smoother than the Brazuca with smaller grooves and ridges across its surface," said Prof Leinweber. "That meant the ball had to be moving much faster before the airflow around the ball changed from smooth to turbulent. As this shift to turbulent airflow occurred at high speeds, the ball could make some pretty erratic movements on the way to the net. In contrast the Brazuca, with its deeper grooves, hits that turbulent air flow at a lower speed with the result that the ball is much more predictable. In many ways, it's a return to the aerodynamics of the old 32-panel ball."

At the Institute of Health and Sports Science at the University of Tsukuba in Japan, researchers have just completed a very thorough comparison of the four balls mentioned plus a conventional 32-panel ball. First, to understand the actual aerodynamics of each ball, they watched their airflow in a wind tunnel, observing both the overall stability of the drag forces from wind resistance as well as the side lift forces that come into play when the ball is spinning. 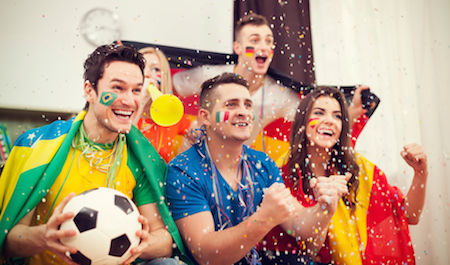 “The results of the wind tunnel tests indicated that the drag on the Cafusa and Jabulani balls varied with their panel orientation,” wrote the researchers. “The drag crisis regime, in which a significant change in the drag occurs, was lowest for Brazuca, followed by the conventional, Cafusa, Teamgeist 2, and Jabulani, in increasing order. The results suggested that the aerodynamic force acting on the balls varied when their panel orientation was changed.”

After the wind tunnel tests, they then used a mechanical, kicking robot to kick each ball into a net 40 times, 20 from each side of the ball. Just like the conventional 32-panel ball, the 6-panel Brazuca kept a straight flight path while the other balls could have an erratic flight, depending on which side was struck. These results confirmed the observations from the wind tunnel.

So, the bottom line is that goalkeepers will see fewer “knuckleballs” coming at them and be able to better trust their instincts as the ball approaches.

After his famous comments about the Jabulani, ("terrible, horrible, like a ball you buy in the supermarket”), Brazil keeper Julio Cesar is happy with the Brazuca. “The ball is a good one, we had contact with it today,” he declared. “I think the outfield players are going to like it too."

The world will find out on what the Brazuca is all about on Thursday when the World Cup kicks off with the much anticipated match between Brazil and Croatia!