At the halfway point of this year’s World Cup, a record-breaking number of TV viewers are watching - thanks to some of the most exciting, high-scoring matches in recent tournament history. Compared to the 2010 tournament in South Africa, goals per game are up 26% while in Brazil, passes have jumped 11% so far. With jaw-dropping strikes from Leo Messi, Tim Cahill, Luis Suarez, Jermaine Jones and others, the combination of skill, the new Brazuca match ball and the laws of aerodynamics have got the world buzzing. For an explanation of the challenge facing this year’s goalkeepers, an MIT professor gives us some clues on the physics of a ball in flight.

For a classic example of ball spin affecting the airflow around it, watch Messi’s game winner against Iran. Towards the end of the video, you can see the ball spinning clockwise with a left to right movement, a natural direction from a left-footed shot, according to the “Magnus Force”.  First described by 19th-century German physicist, Gustav Magnus, this force is caused by the air pressure on the right side of the ball and it is lower since the spin is in the same direction as the oncoming air resistance. As Newton reminds us, the ball will follow the path of least resistance, or pressure and “bend” during flight.

Of course, for a right-footed shot, the process is reversed. In Jermaine Jones’ stunning strike from the U.S.-Portugal game, the ball appeared to be heading wide but g 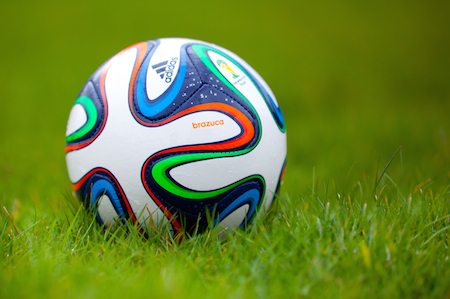 ood ol’ Magnus brought it back to bend inside the right post.

"The details of the flow of air around the ball are complicated, and in particular they depend on how rough the ball is," said John Bush, a professor of applied mathematics at MIT and the author of a recently published article about the aerodynamics of soccer balls. "If the ball is perfectly smooth, it bends the wrong way."

To get the expected Magnus spin, there has to be some texture to the ball that catches the air passing by. Adidas Brazuca, this year’s match ball has more texture and grooves than its smoother predecessor, 2010’s Jabulani ball.

"The Brazuca has very deep grooves -- it's much rougher than Jabulani -- and this creates a different pattern of airflow around the ball," said Professor Derek Leinweber, Professor of Physics in the University of Adelaide’s School of Chemistry and Physics.

This outer surface will affect what Bush calls the boundary layer.

"The boundary layer can be laminar, which is smoothly flowing, or turbulent, in which case you have eddies," Bush said. "The boundary layer is changing from laminar to turbulent at different spots according to how quickly the ball is spinning. Where that transition arises is influenced by the surface roughness, the stitching of the ball. If you change the patterning of the panels, the transition points move, and the pressure distribution changes." 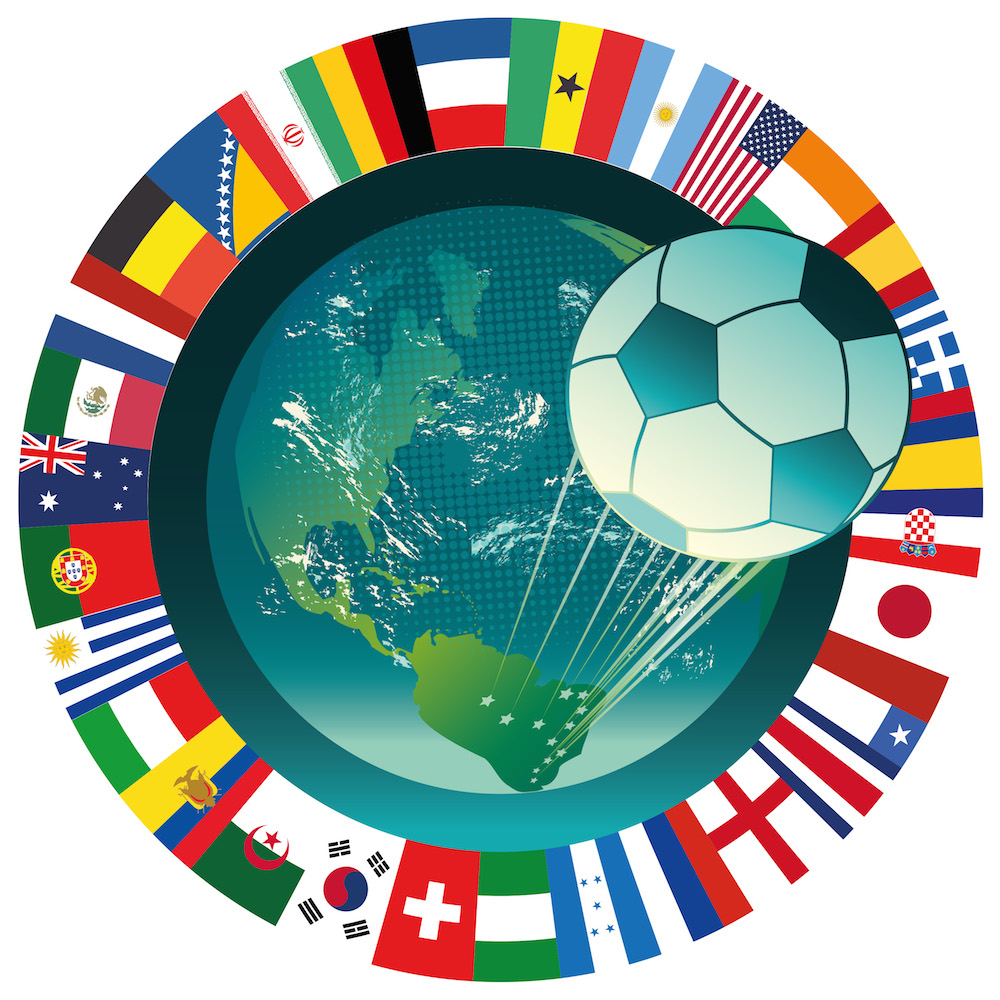 This allows a more true flight of the ball rather than the dreaded “knuckleball” effect where the lack of a spin causes pressure on both sides to be even. Italian free-kick master, Andrea Pirlo, demonstrated his version of the knuckleball in Italy’s opening game versus England. In this video, you can see Joe Hart, the England goalkeeper, instinctively step to his right expecting a right-to-left movement. Instead, the ball starts left, then flutters right hitting the crossbar.

"The peculiar motion of a fluttering free kick arises because the points of boundary-layer transition are different on opposite sides of the ball,” said Bush. “A ball that's knuckling … is moving in response to the pressure distribution, which is constantly changing."

The end result for players is the ability to replicate their shot mastery as they’ve practiced for years. And for us fans, more goals make for exciting games!